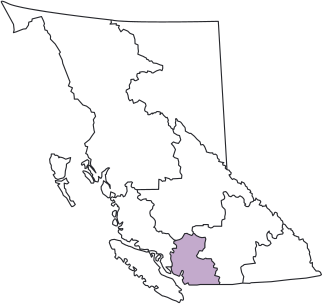 With 2.8 million people, this dynamic metropolitan area is B.C.’s most populous region. It is home to one of the most ethnically diverse regions in Canada. It offers economic opportunities, a mild climate, an active lifestyle and all the amenities of a vibrant urban centre. Major industry sectors include trade and financial services, transportation, education, secondary manufacturing, tourism and agriculture. 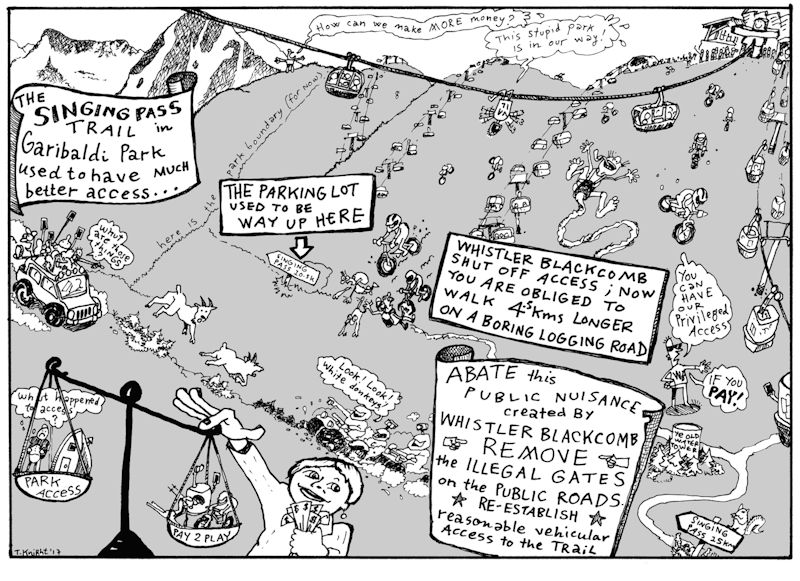 The problem in a nutshell. Government tinkering has granted Whistler Blackcomb 33 km2 of prime alpine terrain in Garibaldi Park. Mountain Resorts Branch is the provincial agency that oversees resort development and approvals for the province. In 2017, the provincial agency approved further expansion of Whistler Blackcomb resort. Meanwhile, the agency ignored binding provisions that would have restored and maintained the public road and parking lot up Fitzsimmons Creek. Park goers now walk an additional 4 or 5 kilometers on a boring logging road with potential hazards before reaching the old parking lot. In another slap in the face, Whistler Blackcomb offers what it calls "privileged access" for $56 per person to use its lift system to access Singing Pass. Christy Clark of the recently defeated provincial Liberal government is tilting the Scales of Justice towards "Pay 2 Play" with her right hand. In her left, Ms. Clark grasps hefty political donations to "party with the premier" as the Globe and Mail newspaper had termed it. Vail Resorts, the new American owner of Whistler Blackcomb, registered lobbyists with Elections BC and those lobbyists made significant donations to the BC Liberals. Further donations came from Whistler Blackcomb, its subsidiary Whistler Heliskiing and Blackcomb Aviation, the heliskiing contractor. The donations are perceived by some as elements of the "cash for access" election issue that helped bring down the Liberal government. Was there political meddling that impaired objective decision-making? That's the innuendo of the cartoon. Now, the New Democratic Party forms government with support of the BC Green Party. Isn't it time to end the political cronyism, backroom deals and perceived culture of cash for favors? Abate what amounts to a public nuisance. Re-establish the public road and parking at the Singing Pass gateway to Garibaldi Park.

How did we get to this impasse?

Read about the human history of Signing Pass access and the complex political and corporate machinations beneath the pleasant veneer of a mountain resort town here Singing Pass Access Summary 1900-2017. The summary chronicles the 40-year long, systematic erosion of park access by a now foreign-owned megacorporation devoted to profit-making and compliant governments beholden to tax dollars. Connect the dots between hefty political donations and government actions or inaction. See large chunks of Garibaldi Park given away 5 or 10 square kilometers at a time to maximize terrain and profit at Whistler Blackcomb. Check for conflict of interest. Watch as public parking and park access withers contrary to binding agreements that would protect it. Marvel how government agencies are compelled to ignore their own policies and master plans and allow park access and infrastructure to deteriorate while tax revenue and private profits increase, massively rewarding insiders and shareholders.

What do we propose?

What can you do?

Singing Pass: How to prevent wildfires along Fitzsimmons Creek road

Posted by Paul Kubik, 3 years ago in Singing Pass.1492 hits 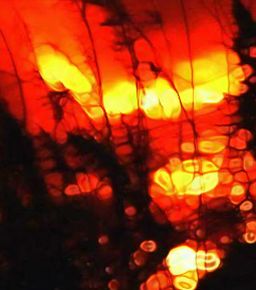 November 15, 2017 Whistler Blackcomb has raised alarmist predictions that public parking up Fitzsimmons Creek would lead to wildfires on Blackcomb Mountain. Wildfire prevention practices used in Cheakamus Community Forest and Resort Municipality of Whistler are applicable in Fitzsimmons Creek. Risk from public access is manageable by what is called stand thinning according to programs dubbed "fire smart" in British Columbia. To date, no stakeholders, be it Whistler Blackcomb, Whistler...

Posted by Jay MacArthur, 3 years ago in Singing Pass.1779 hits

Access to the Singing Pass Trail in Garibaldi Park near Whistler was blocked by a landslide about 25 years ago. Hikers had used the access route - which is an old mining/logging road for many years to drive to the trailhead five km up Fitzimmons Creek from Whistler Village. The landslide blocked the road about two km from Whistler and then Whistler Blackcomb built a bike park and closed the road for vehicles. This increases the total round trip to 26 km to Singing Pass or 32 km to Russet...

Posted by Paul Kubik, 3 years ago in Singing Pass.1571 hits 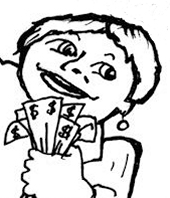 The problem in a nutshell. Government tinkering has granted Whistler Blackcomb 33 km2 of prime alpine terrain in Garibaldi Park. Mountain Resorts Branch is the provincial agency that oversees resort development and approvals for the province. In 2017, the provincial agency approved further expansion of Whistler Blackcomb resort. Meanwhile, the agency ignored binding provisions that would have restored and maintained the public road and parking lot up Fitzsimmons Creek. Park goers now walk an...

Posted by Chris Ludwig, 4 years ago in Singing Pass.3188 hits

All through the 1960s through 1980s the public were able to drive to the Singing Pass trailhead at the Garibaldi Provincial Park boundary up Fitzsimmons Creek. The right to do so was assured by Ken Kiernan, Minister of Parks and Recreation as early as 1968 and enshrined as a legal right in the 1982 Master Development Agreement between Whistler Mountain and the Ministry of Lands, Parks and Housing. The right has never been extinguished. It is in the public interest and the public...
Powered by CjBlog
© 2020 Backcountry BC