The Red line represents the wilderness conservation zone as represented by the BC Parks Map.  Note that this adds an additional two helicopter landings zones into the Wilderness Conservation Zone of Garibaldi Park.

The Purple Shaded Area is the Whistler Heli-Ski Tenure. 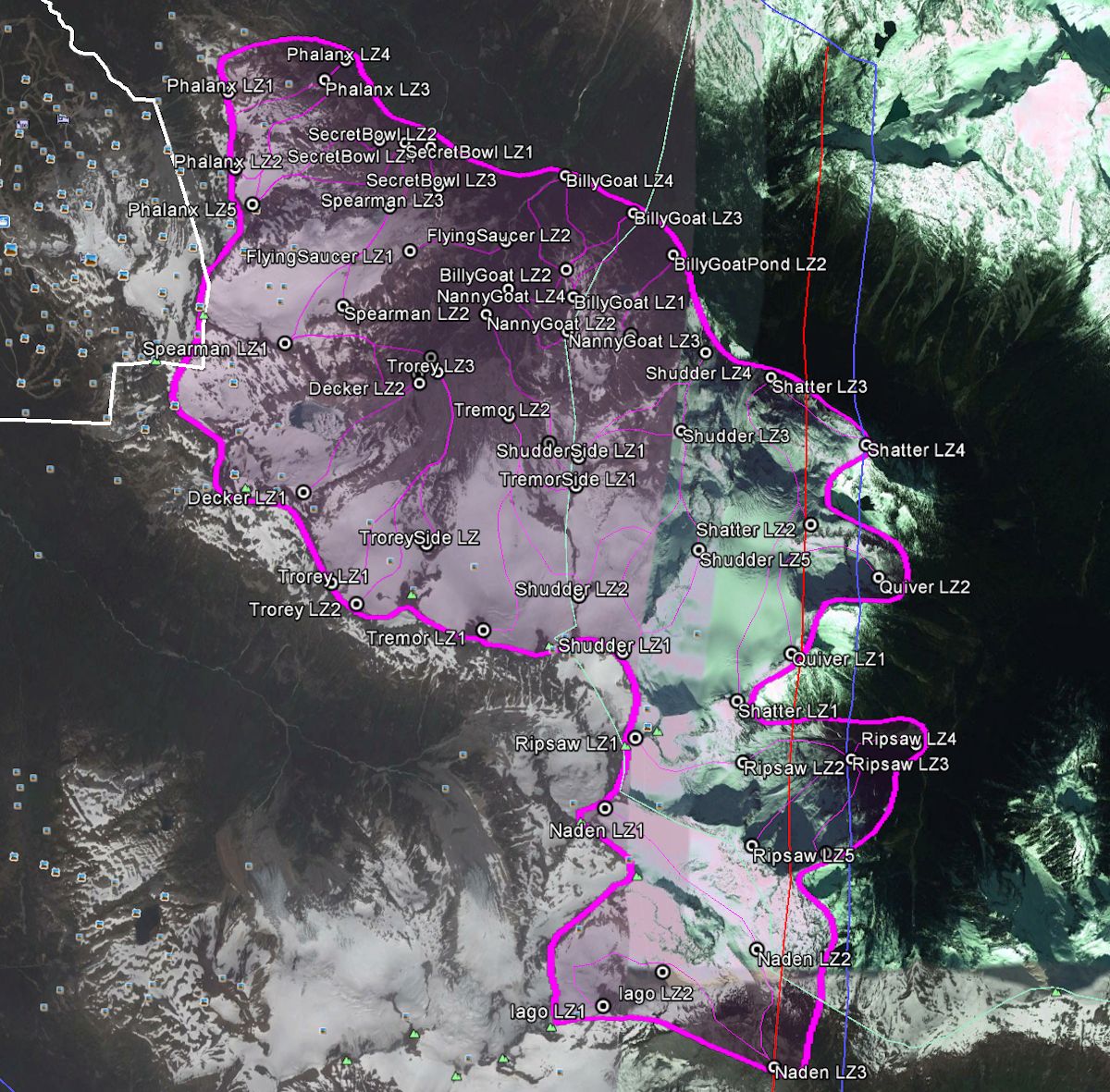 The Heli-Ski Tenure Overlaid onto BC Park's own map: 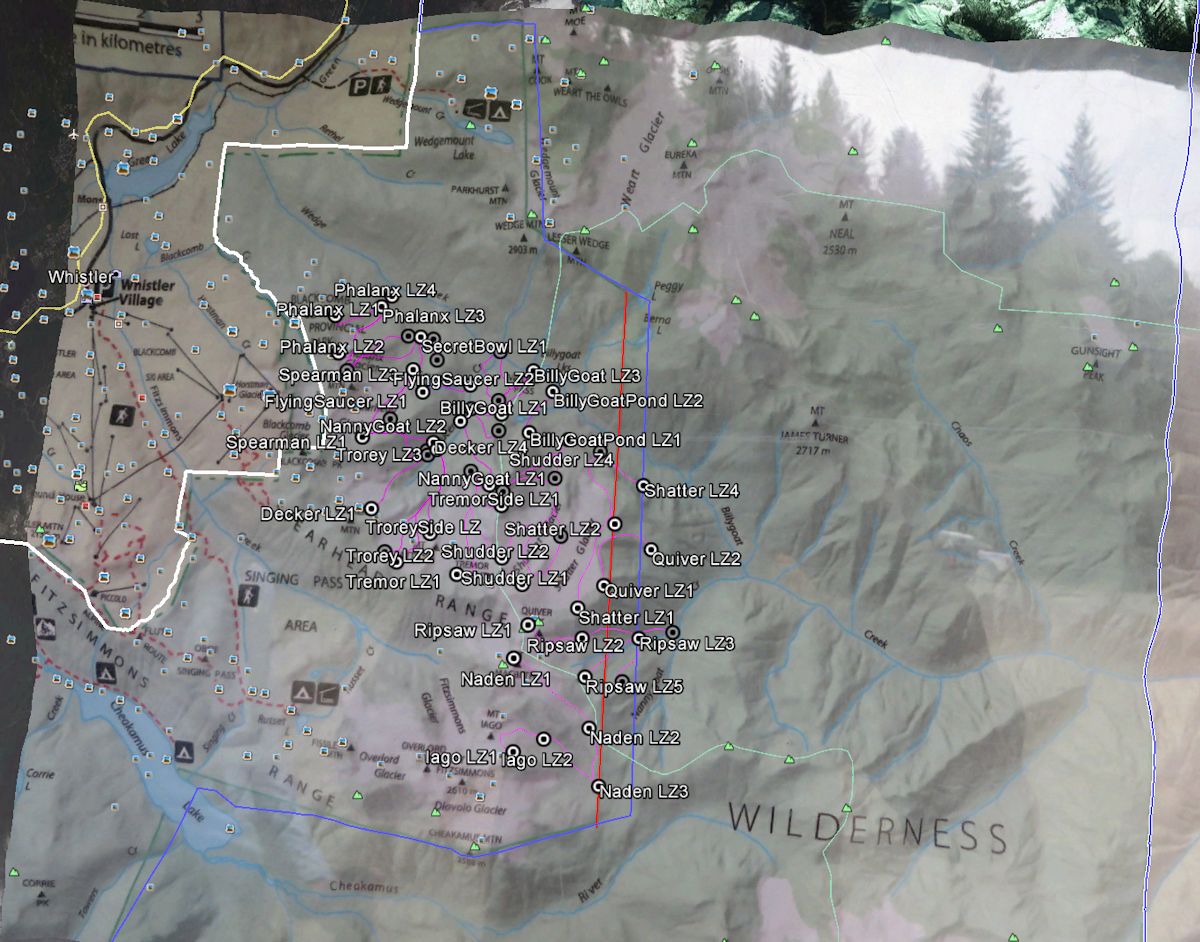 The Original, BC Parks Map as photographed at the Elfin Lakes Trailhead. 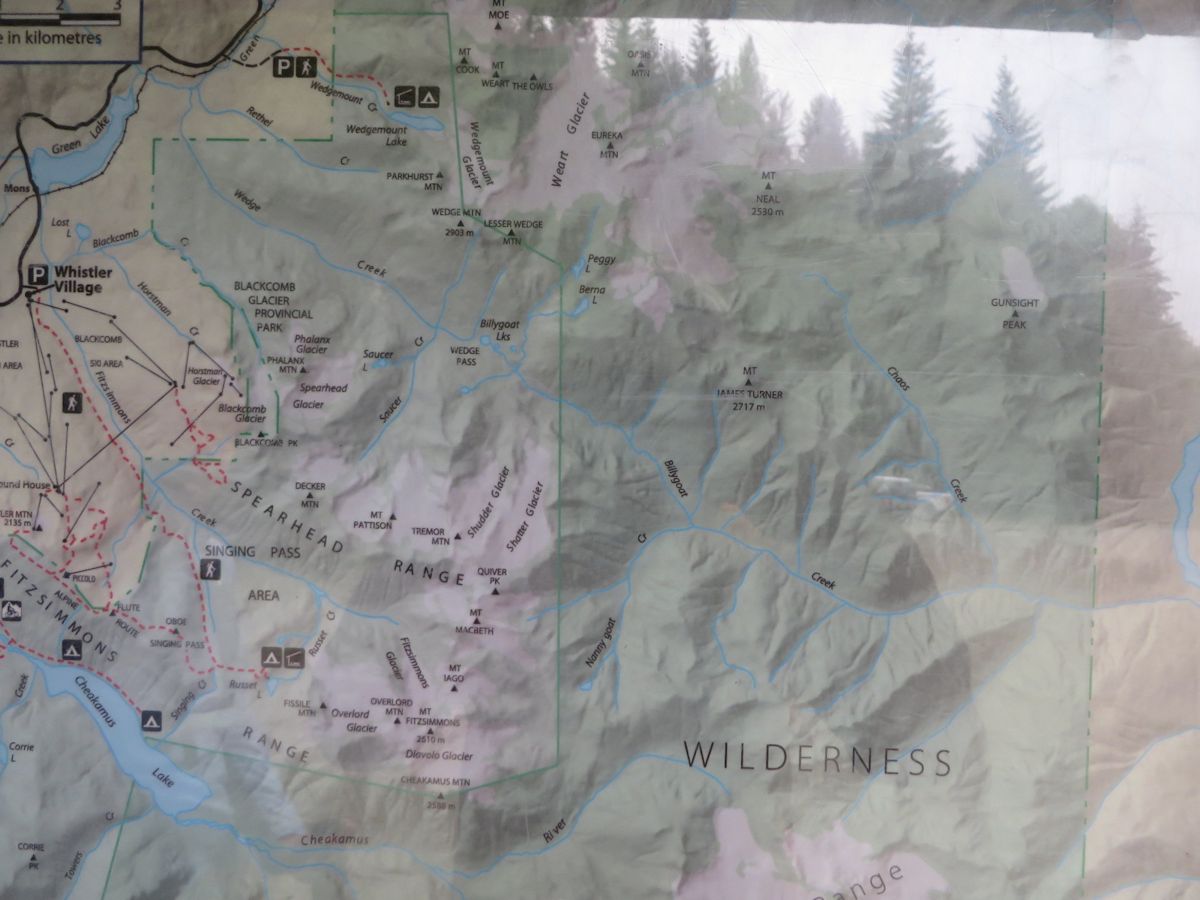