These are the combined deletions from the Garibaldi Provincial Park boundary extant in 1966 that were transferred to Whistler and Blackcomb ski areas or to Blackcomb Glacier Provincial Park.

Since Whistler Mountain opened for skiing in 1966 there have been 6 or 7 transfers of land from Garibaldi Park to Whistler and Blackcomb. The total transfer areas are about 1450 Ha to Whistler and 1650 Ha to Blackcomb. That is an astonishing 32.8 square kilometers combined according to our researchers and calculations.

The majority of Whistler Blackcomb’s skiing takes place on land that was part of Garibaldi Park before 1966. Without the transfers Blackcomb would be limited to the Excelerator and Wizard chairs, low on the mountain. Whistler would not have the Peak, Harmony, Symphony, Big Red or Emerald chairs or the Roundhouse.

The sources for this information are: 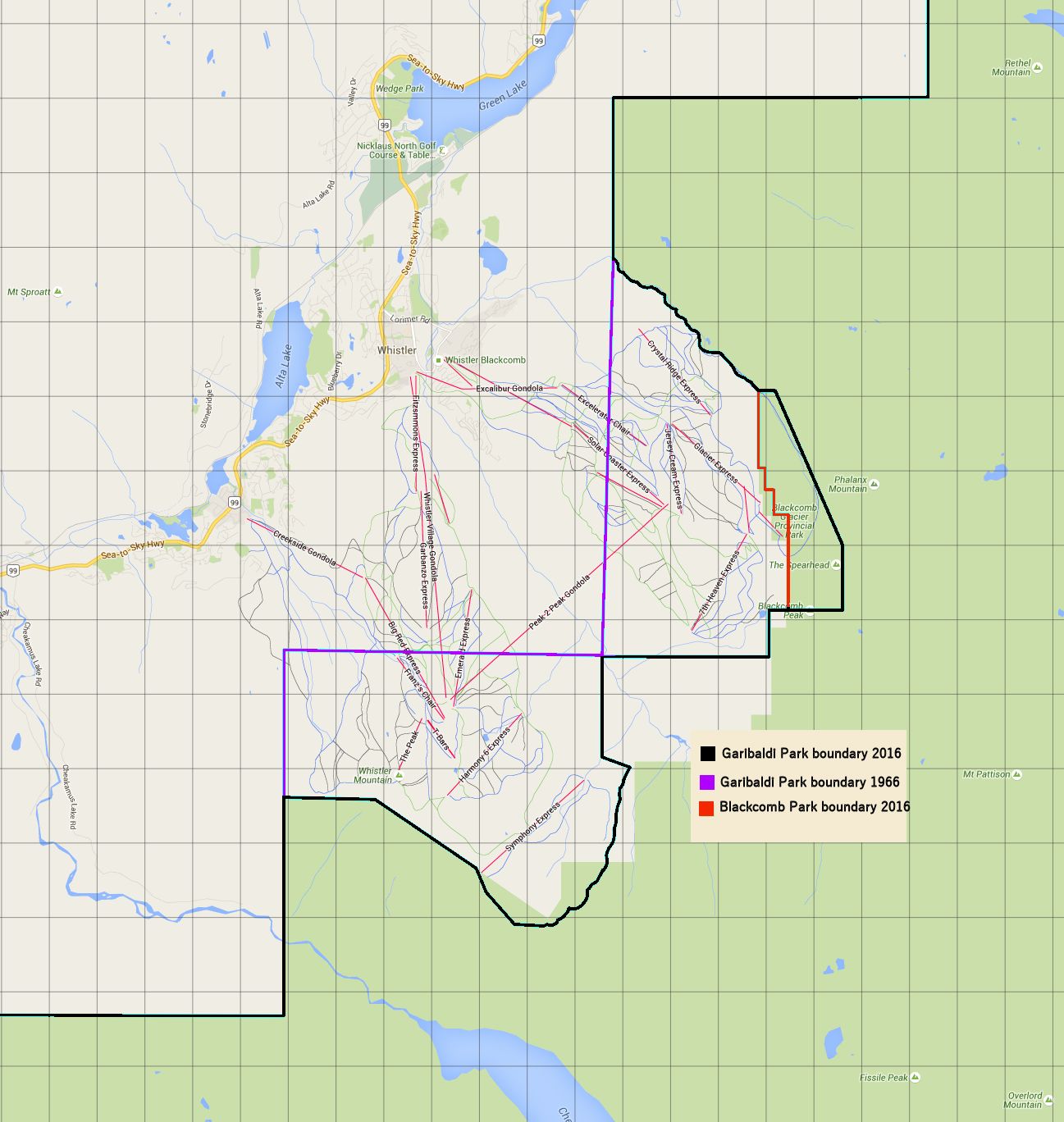