Access to Grant Narrows and the boat launch is gated according to Maple Ridge News. The next closest public boat launch appears to be in Pitt Meadows, 14 km away. The Widgeon Marsh gateway to Pinecone Burke provincial park is now a 14 km paddle instead of 500 meters. Debeck Creek would be a 70 km round trip instead of 40 km.

Massive park on edge of Coquitlam inches closer to reality 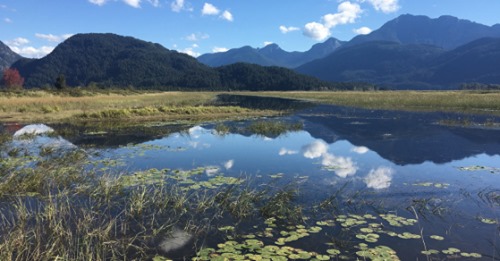 Planning by Metro Vancouver pertaining to the potential opening up Widgeon Marsh Regional Reserve appears to be underway.
There is an online public survey referenced (a link), however it seems to not be functioning correctly. (Survey Closed)
-x-

A massive freshwater marsh on the edge of wilderness is approaching a new milestone on its way to becoming one of Metro Vancouver’s biggest parks.  The Widgeon Marsh reserve is currently shut off to the public, and only Metro staff, tenants, neighbours and researchers holding special permits can access the environmentally sensitive site — a swath of bogs, forest, grasses and waterways that make up part of the largest freshwater marsh in southwest B.C.

Metro Vancouver started buying chunks of land along the Pitt River around Widgeon Creek back in 1992. After 26 years biding their time, the Metro Vancouver parks committee is finally moving forward with its plans to open up the site to the public, one which is expected to see the same 150,000 visitors a year that Minnekhada park gets.

“It’s always been the intention of opening these lands. It’s just taken a while to get here,” said Metro park planner Deanne Manzer.

This summer, staff have held several in-person public consultations across the Tri-Cities, including at the Minnekhada trail head and Coquitlam’s Canada Day celebrations, among others. It’s all part of the second round of consultations, the results of which will be made public in the fall after everyone’s feedback is digested.