Research by the organization Garibaldi Park 2020 has found compelling evidence that Whistler Blackcomb is in violation of the Land Act by restricting public vehicle access up Fitzsimmons Creek to the Singing Pass trail head adjacent the Garibaldi Provincial Park boundary.

The 1982 Master Development Agreement between Whistler Mountain and the Province of British Columbia clearly shows the Fitzsimmons Creek road as "public access road" and "park access right-of-way". See Schedule A pages 1 and 2.

An instrument conveying Crown Land to Whistler under this Article shall be subject to any statutory right-of-way that burdens the Crown Land.

It is our opinion that Fitzsimmons Creek road is such a statutory right-of-way. Under the Land Title Act, the public are the dominant tenement and Whistler Blackcomb are the servient tenement.

2020 has written to Honourable Steve Thomson, Minister of Forests, Lands and Natural Resource Operations requesting him to immediately instruct Whistler Blackcomb to comply with its legal obligations under the Land Act and the master development agreement. Restore and maintain the public road and facilitate public vehicle access and parking at the trail head.

Yep, that's what Mountain Resorts Branch wants for you - hike five kilometers of logged out timber just to reach the park boundary. And run a gauntlet of ATVs and mountain bikes flying through the air. Lucky you if you make it further than Singing Pass. Repeat on the way back.

2020 this week received a backgrounder article produced by Mountain Resorts Branch entitled "Singing Pass Trail through the Whistler Blackcomb Controlled Recreation Areas". In part, it is a collection facts and timelines. As such it is a background article. It is also a set of excuses why Whistler Blackcomb should not honour its legal obligation to restore vehicle access to the Singing Pass trailhead near the park boundary.

Bias riddles the report. The bias that Whistler Blackcomb may pursue its business objectives unfettered without observance of their legal obligations. Inappropriate developments are permitted on the access route that endanger hikers with physical trauma. Hikers must run a gauntlet of ATVs and mountain bikes five kilometers long to reach the safety of the park. Turn it around and blame the hikers - they are the problem.

News from the Twilight Zone

How simple is it?

Pave the road to the park boundary and provide public parking.

Summary of comments made by MRB to the organization Garibaldi Park 2020.

2020 said there should be third option. Whistler-Blackcomb should pay the $150,000 to upgrade the road not the provincial government. We said that Mountain Resorts Branch should withhold approval of the W-B master plan (phases 15, 16, 17) until they agree to do so. This is by way of ensuring W-B complies with its legal obligations under the 1982 MDA.

It is a novel presumption that an obligation can somehow be simply written away by a subsequent MDA. Perhaps we're wrong. The colonialists tried to do that with First Nations. Your land is now our land. Look where that got us. It is our strongly held belief that in our legal system, the 1982 MDA is a contractual agreement. It enshrines the obligation to maintain public vehicular access to the Singing Pass trailhead at the park boundary. Perhaps a court case is required clear up the interpretation.

The Historic Singing Pass Trail existed well before the Whistler Blackcomb Ski Resort.  The battle to maintain access to this trail began almost 50 years ago in 1968.  Some of those original documents are posted on this site (see the documents section).

After a major road slump in 1997 made the original access road impassable, access has yet to be restored.  Despite several highly viable options being available, commercial and industrial interests have presented a myriad of excuses and roadblocks, despite the numerous legal documents that establish the public's right to access this historic trail.

Despite having 16 years to achieve this goal, BC Parks has failed to restore access to the historic Singing Pass Trail.  Garibaldi Park 2020 believes this is far too long.

No more excuses.  No more delays.  No more siding with industrial and commercial interests.

For the first time in decades, it time to put the rights and wishes of the public first and restore access to the Singing Pass Trail...

The Globe and Mail newspaper in its Report on Business, Wednesday, March 30, 2016 page 1 and 8, reported Whistler Blackcomb is seeking a 25% expansion of its ski terrain. A 25% expansion would increase the ski terrain from its current 33 square kilometers to over 41 square kilometers. Undoubtedly this is good news for Whistler and good news for skiers. Especially, if the terrain is in the proposed West Bowl and Kyber areas on the west side of Whistler Mountain. These areas are outside the park and the base would be at Function Junction.

Let's be smart about this and break the logjam that is blocking public vehicle access to the original Singing Pass trailhead. This access requirement was stipulated in the original Whistler master development agreement and has never been extinguished. BC Parks claims it is powerless to resolve the problem because the access roads are outside the park. So, how about the Mountain Resorts Branch, which approves ski resort master development agreements, work to resolve the impasse rather than backstopping Whistler Blackcomb?

Mountain Resorts Branch, just say No to Whistler-Blackcomb Renaissance project. Pave the road to the park boundary and provide public parking. Free public access to Singing Pass all year round.

Learn more about the Singing Pass Trail Fiasco on GaribaldiPark2020 using the following internal links, or the Menu System above: 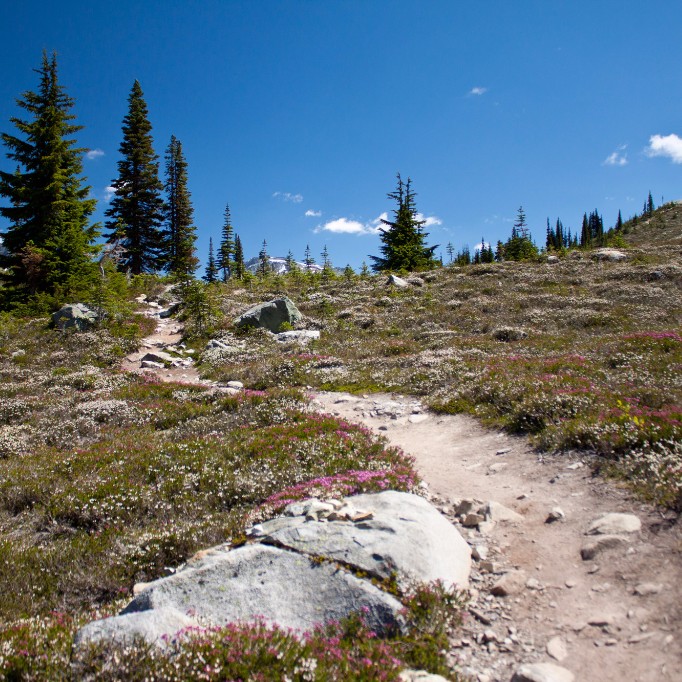