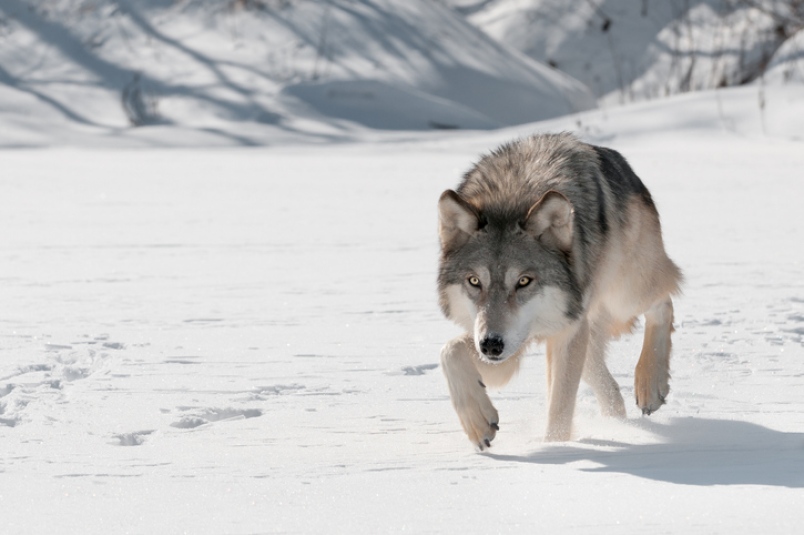 In my opinion, the Ministry has an uphill battle ahead to regain the trust of the public. Whether or not you care about the Judas wolf issue, the level of misdirection in statements from the Ministry (in 2016) is appalling.

Does anyone remember the Judas wolf controversy in 2016?
There is a new twist in the story that makes me very frustrated at the lack of transparency from our provincial government in 2016.
A "Judas wolf" is a wolf that is fitted with a radio collar. Crews then use that radio collar to track the location of a wolf pack so that they can cull the wolves (in attempt to save the caribou.) The cull is performed using aerial gunning from helicopters.
In February of 2016, the Wildlife Defense League claimed in a press release that the BC government was keeping the Judas wolf alive during the kill so that it could lead them to other wolves in future years.
Original press release here:
https://www.wildlifedefenceleague.org/news/2016/2/18/south-selkirk-wolves-confirmed-slaughtered-in-second-year-of-bc-wolf-cull?fbclid=IwAR3xZIw4wI1kXecIQFfkY0hxyaMFIG7wCV48jM1bKAxqtBHPwevvXG68noc
This was a strong allegation. Wolves are highly social animals and witnessing the violent killing of every other member of their pack would be traumatic. People were upset that the Judas wolf would be kept alive to go integrate with other wolves in the following year which would then also be killed by aerial gunning. Even people who supported the cull felt that retaining the same Judas wolf over multiple years was inhumane and cruel.
The BC government immediately and effectively discredited the claims and the story didn't get much further than left wing media and smaller outlets. It was a blow to the reputation of the WDL and the people who had brought the claims to light. In retrospect, the words of the government were chosen very carefully.
Here is one example of a story where the government denied the claims of the WDL in 2016:
https://thenelsondaily.com/news/province-denies-wildlife-defence-league-claims-40795?fbclid=IwAR2vHIfxa-Ma0CcYiGbd5kjrCfotsCKyABKs6oPRfzQQYjQ0C4-ICiQEf7U
"However, the Ministry has explicitly denied the use of such a tactic, saying that there is no such thing as a Judas wolf, and the WDF release has several “factual errors”."
"There was not a lone collared wolf left behind last year as a “Judas” wolf”,' said a representative for the FLNRO."
Fast forward a few years and a report was published by the BC government with an update on the program. It is dated August 2019 but I'm unclear exactly when it was made available to the public. I have just learned about it after Glacier Media published a story:
https://www.nsnews.com/solo-wolves-left-alive-as-packs-shot-from-air-trapped-1.24037217?fbclid=IwAR0gnVobtaSMwv74wuz6lDUnxXJ5e32-_n4PkDWGuU_p04h2kUBkOkczyOk
The report unequivocally confirms the recent use of Judas wolves in British Columbia that are kept alive from year to year:
"Wolves captured and fitted with new, active radio-collars were generally left alive following the reduction efforts in order to facilitate relocation of packs the following winter. Under most circumstances, the lone radio-collared wolves had not bred successfully, thus were not part of new family units the following winter. Furthermore, it was rare that these lone wolves were accepted into new packs that may have colonized the treatment area. The most common scenario was that radio-collared wolves partnered with other individuals or pairs of wolves to form new pairs or small groups. Most years, approximately half of the radio-collared wolves survived or remained within the treatment area by the following winter. Although the removal of the radio-collared wolves annually would have resulted in a lower wolf density at the end of each winter’s reduction efforts, the value of leaving those wolves is believed to outweigh the benefits of removing them."
"The radio-collared individuals were often left alive following the conclusion of the winter reduction efforts in order to facilitate the location of wolves the following winter."
https://www2.gov.bc.ca/assets/gov/environment/plants-animals-and-ecosystems/wildlife-wildlife-habitat/caribou/south_peace_caribou_recovery_following_five_years_of_experimental_wolf_reduction.pdf?fbclid=IwAR2VsAxitYqDZa7NIUmF1pm3S3t56zWHAMA6VGarcYyi0nGWdrKANYShmzk

I'd like to see an investigation into how the public was misled to help restore the credibility of the Ministry.

The B.C. government wolf management plan involves radio-collaring single wolves and then killing the rest of the pack while leaving the lone wolves alive.

As part of 2015-18 plans to facilitate a seemingly successful mountain caribou recovery in the South Peace region, wolves were caught and radio-collared to allow their packs to be tracked.