On Dispersal - Too little, too late, too little political will? 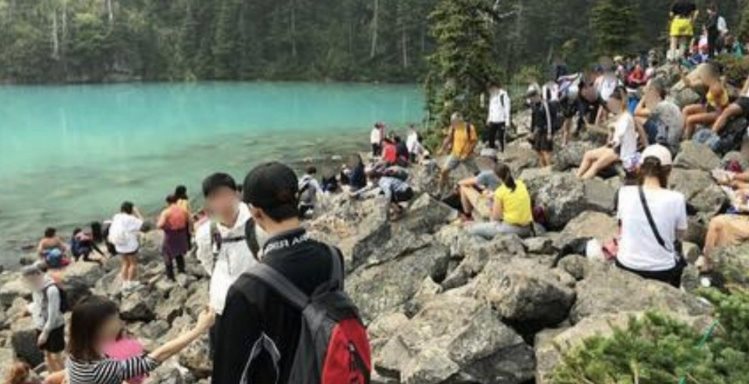 On Dispersal - Too little, too late, too little political will?
With Covid closures and wide-spread access problems in the Sea to Sky region (S2S), I am faced with the reality that the Watersprite Lake Trail is one of the very few open alpine hiking trails and destinations between Horseshoe Bay and Whistler.
I and a couple others lobbied hard to allow the construction of the Watersprite Lake Trail and worked hard to build it to accommodate the over 5000 plus hikers who now annually hike it; a reflection of over-demand and decades of not building new trail inventory.
Before we built the trail, I believed that the solution to the overcrowding and lack of hiking destinations in the S2S was to build new trails to spread out the hiking masses. I put my philosophy and belief into practice and personally organized dozens of trail work parties over the past five years. This is the dispersal approach.
But the Watersprite Lake Trail is but one new trail after years of no new hiking destinations or infrastructure (excluding those at gondolas and resorts).
Consistently, we continue to receive massive resistance from Government when we seek to expand hiking opportunities for the general public. Officials don't want the management hassles and responsibility, despite the enormous economic tourism benefits that our volunteer efforts and ideas generate for both local communities and Government.
One hiking trail every couple decades won't handle an annual increase in S2S hikers which is increasing at a rate double that of the population of the GVRD. While there are well over 100 authorized mountain bike trails in the S2S, established and authorized non-commercial alpine hiking trails can be counted on two hands.
Perhaps my belief in dispersal was just a pipe dream. Perhaps it would be easier for me to step back and let the chips fall where they may; to let us reap what we sow, rather than fighting against the current all the time. Without dispersal, new trails and planning, our future may well be a dystopian Joffre Lakes nightmare and yet to be imagined horror. At least I will sleep well knowing that I tried my best to advocate for and to try to create an alternative to that future nightmare - a nightmare that is already just beginning to manifest itself.
© 2022 Backcountry BC