Got interviewed for this article. Just one awkward comment got quoted about halfway down. To clarify, it meant "some members of the general public don't mind paying to ski tour." 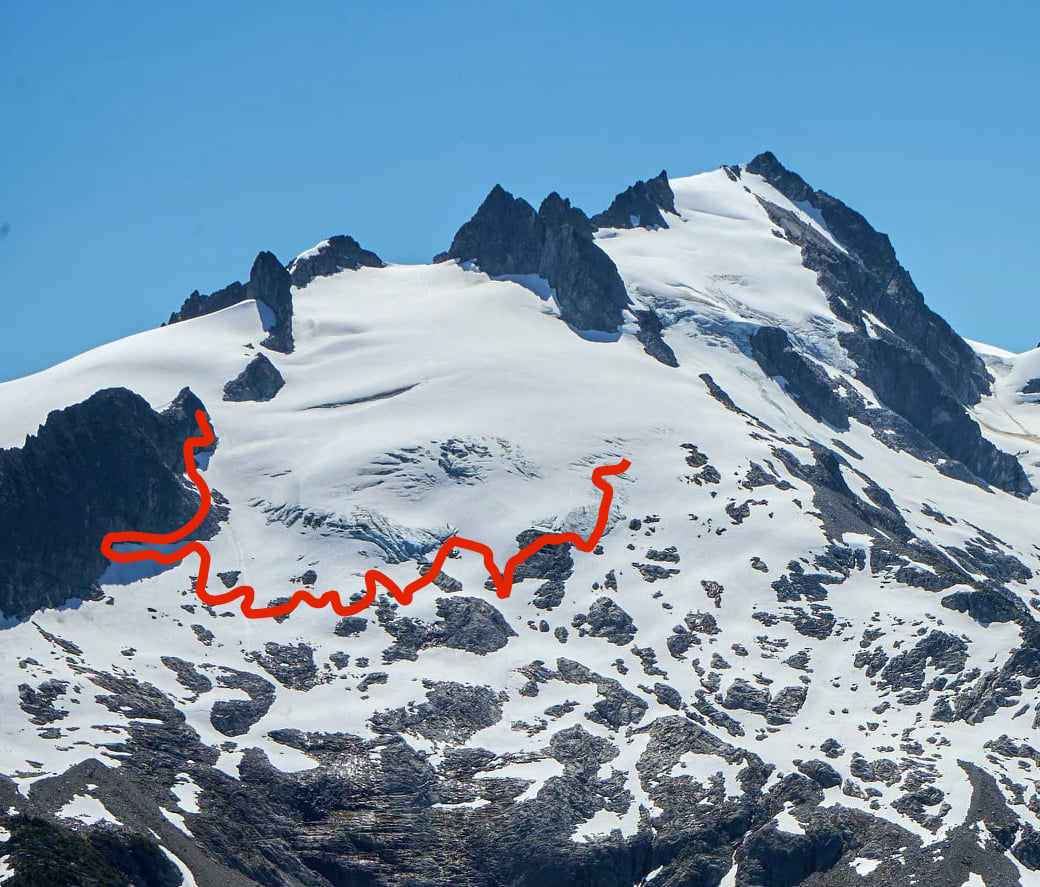 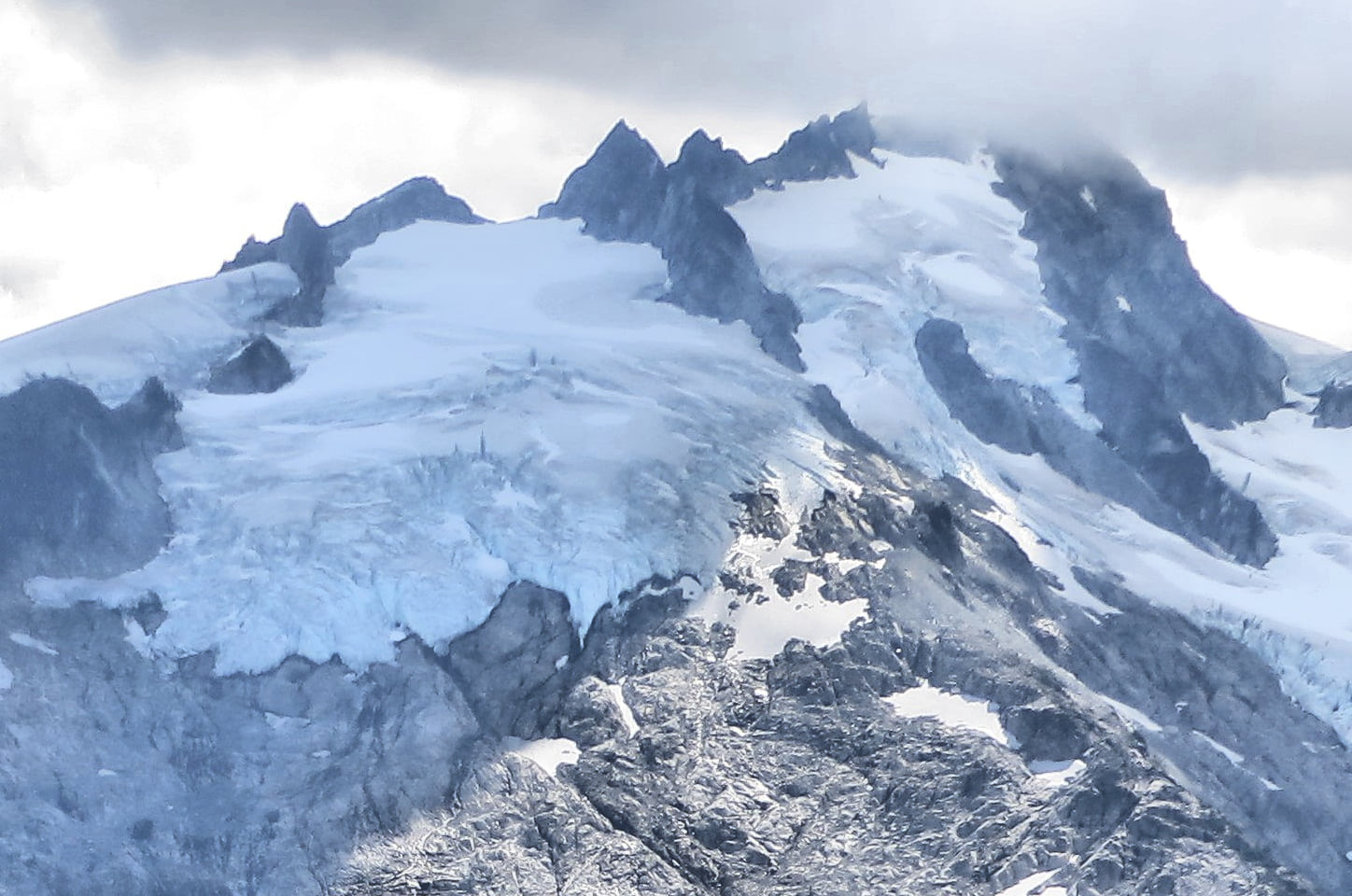 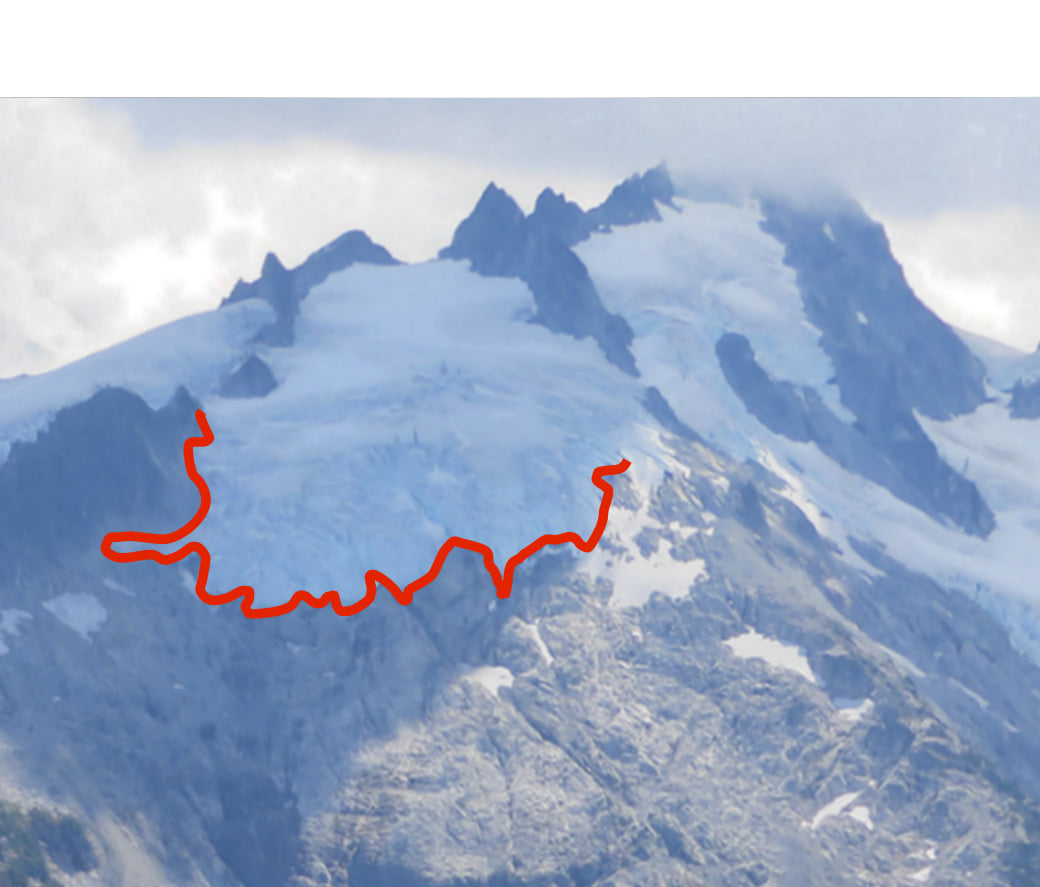 Disappearing climates in the Garibaldi park complex between 1980 to 2100 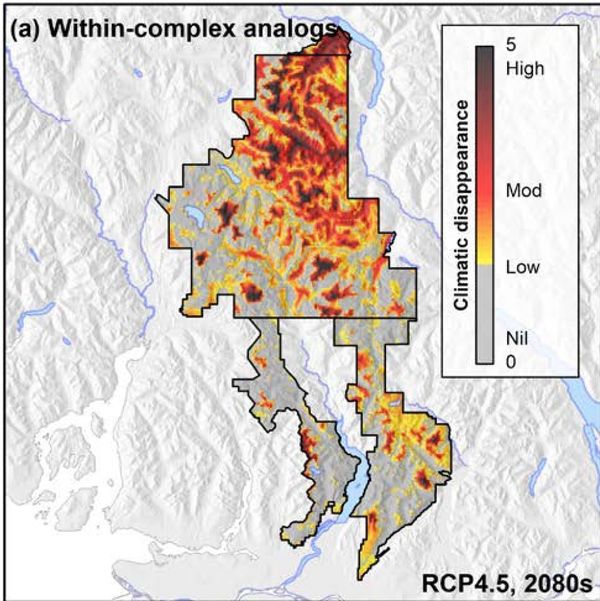 Disappearing climates in the Garibaldi park complex between 1980 to 2100 under scenario RCP 4.5 (Representative Concentration Pathway (RCP): greenhouse gas concentration (not emissions) trajectory adopted by the intergovernmental Panel for Climate Change for its fifth Assessment Report (AR5) in 2014).

Disappearing icefields, uphill shifts of native climates, influx of novel climates will characterize climatic change in the park complex. To quote from the report from which the charts were obtained: The RCP 4.5 scenario roughly corresponds to a global 2.7C temperature rise by the year 2100. The RCP 8.5 scenario roughly corresponds to a 4.1C warming. RCP 8.5 represents a level of extreme climate disruption and uncertainty for which proactive adaptation is likely to be largely futile. RCP 4.5 is a scenario that ecosystem managers must be prepared for; RCP 8.5 is a scenario that must be avoided. 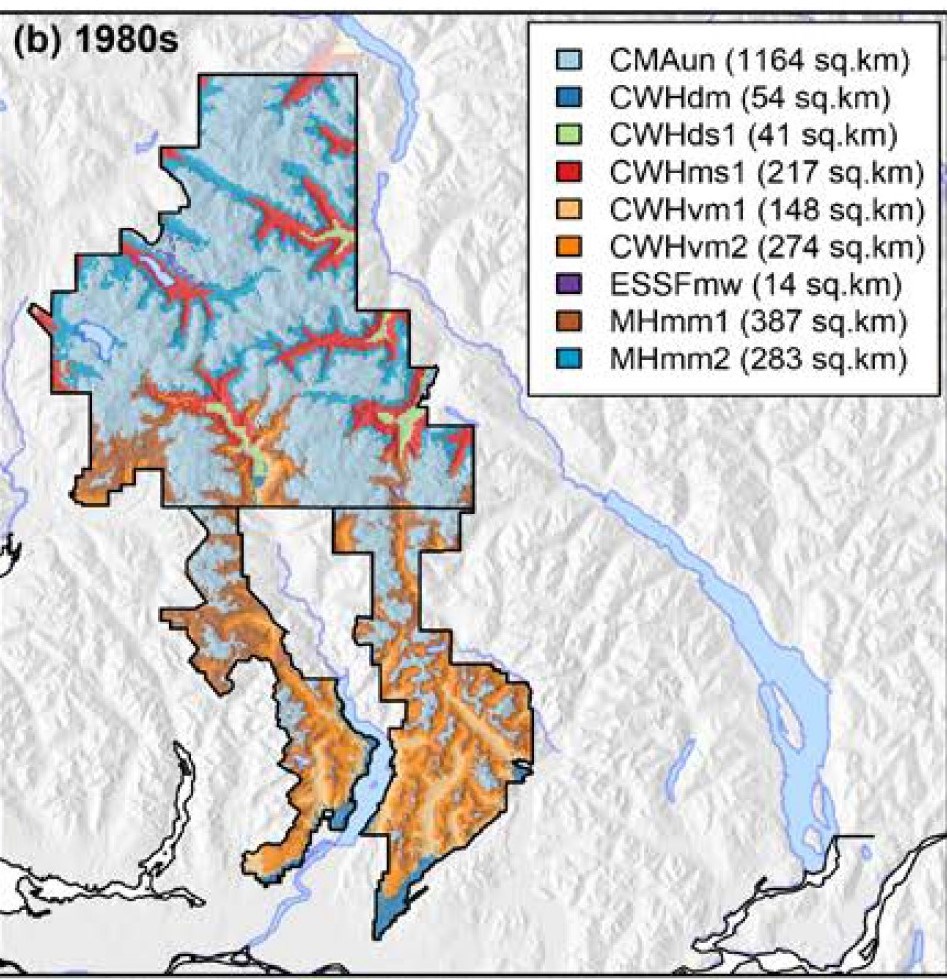 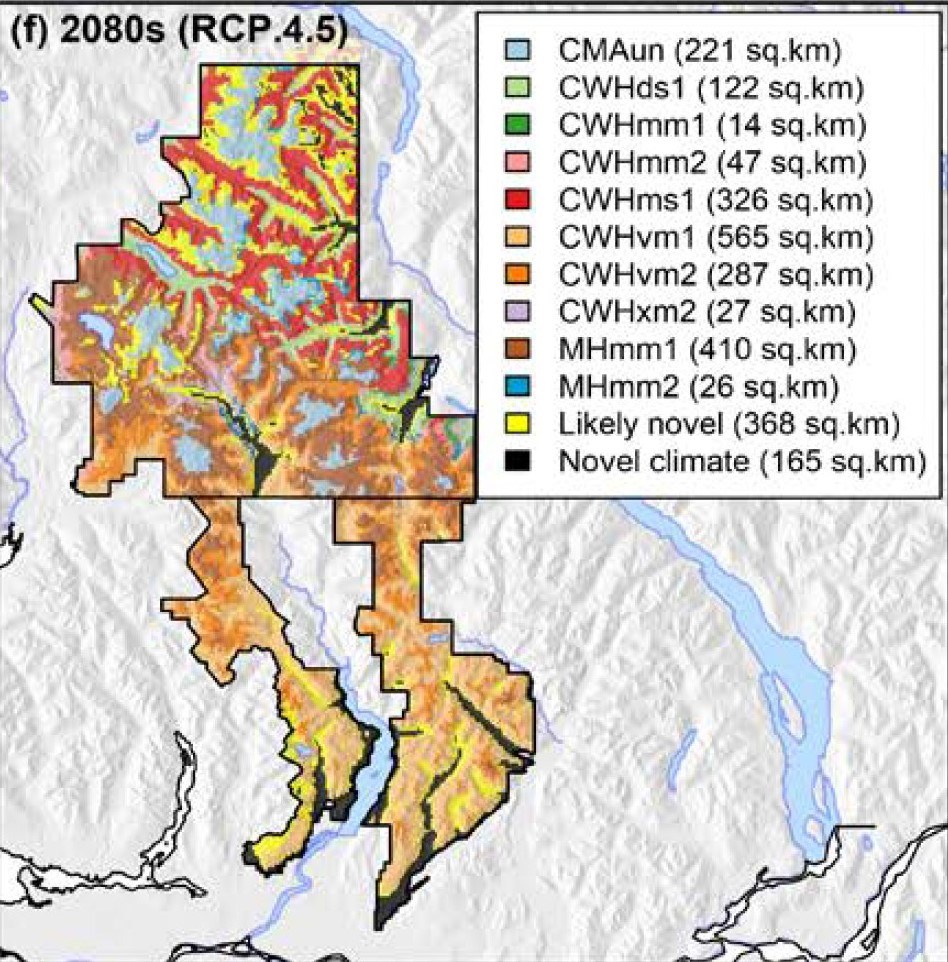 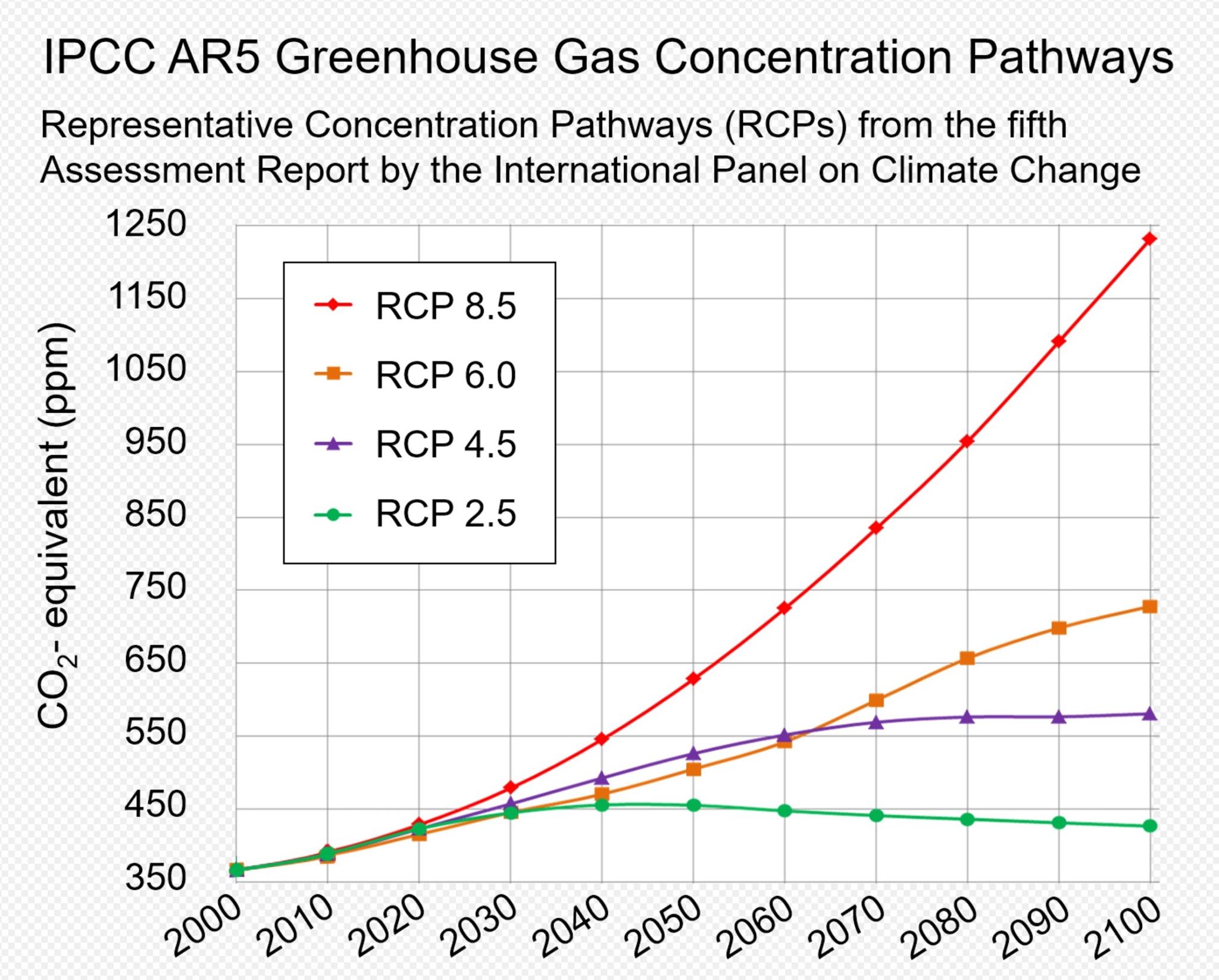 Whistler politicians intent on biting the hands that feed them 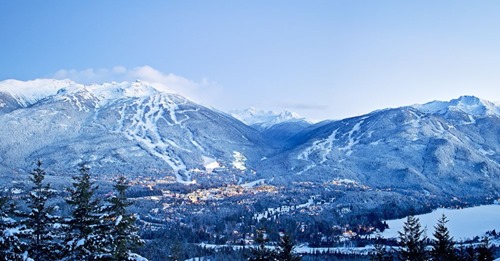 Article in The Province newspaper by Daphne Bramham that highlights the difficulty in Whistler in confronting climate change. On the one hand, it wants compensation from energy producers for climate impacts. On the other hand, its main industry—tourism, is a huge greenhouse gas emitter due to airline travel. There is currently no carbon tax on aviation fuel except point to point within British Columbia. One estimate puts Whistler Blackcomb's annual carbon footprint at equivalent to 4,300 gasoline trucks, primarily due to airline travel for its guests.

"Like it or not, they're in a resort municipality whose success or failure depends on outsiders."

The tone-deafness and hypocrisy of Whistler politicians is almost as breathtaking as the mountain scenery and the ski resort’s 1,530-metre vertical drop.

Little more than a year ago, former mayor Nancy Wilhelm-Morden stirred up trouble with her comments about day-trippers from Vancouver adding nothing but garbage to the mountain culture. Tourism Whistler CEO Barrett Fisher chimed in that the town’s focus should be on attracting the “right guests.”

But that’s nothing. Mayor Jack Crompton has now sparked a boycott of the resort and inflamed an already testy and aggrieved relationship between Alberta and British Columbia.