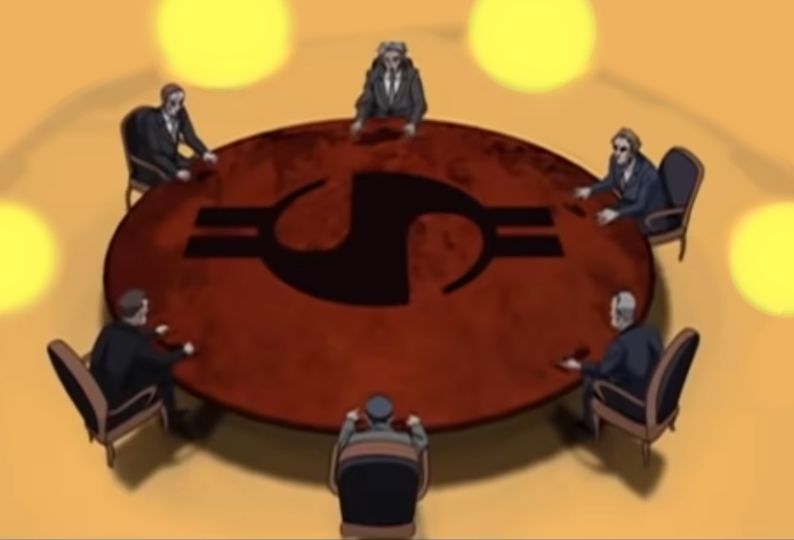 BC Parks Advisory Council
This council came to existence out of the BC Parks Future Strategy in 2016. Does it exist? Who sits on it? What did it recommend? Can't seem to answer those questions by searching on Google.
A Parks Advisory Committee will serve to provide the Minister of Environment with the opportunity to engage knowledgeable stakeholders on the BC Parks Future Strategy, both in terms of defining its goals and successes, and building a path to achieve them. As part of its mandate, the advisory council will provide feedback on: the long term vision for BC Parks; new and alternative revenue sources consistent with BC Parks brand and vision; redefining our relationship with First Nations; and enhancing community involvement in BC Parks.

The Creation of BC Parks

The following document from 1955 predates the creation of BC Parks and discusses the need for a separate agency to manage Garibaldi Park separate from the Ministry of Forests and Lands.  This letter is significant in that it lays out the park founders's expectation for this new agency (which would become BC Parks).  On Page 4, the founders discuss their hopes with regards to a trail network for Garibaldi Park.  It is clear upon inspection of this document that the current BC Park's approach to trails within Garibaldi Park and its punitive crackdown on the Volunteer Trailbuilders in the Skookum Valley is in direct opposition to the intensions and hopes of the original Park Founders.  In addition, the six boundary adjustments made for Whistler Blackcomb, as well as the Sea to Sky Gondola Boundary Adjustment are clearly a betrayal to the legacy and intent of the founders of B.C. Parks as an organisation.  The park founders intended that the Garibaldi Park Boundary would be "...inviolate".   The founders of Garibaldi Park are now surely turning in their graves. 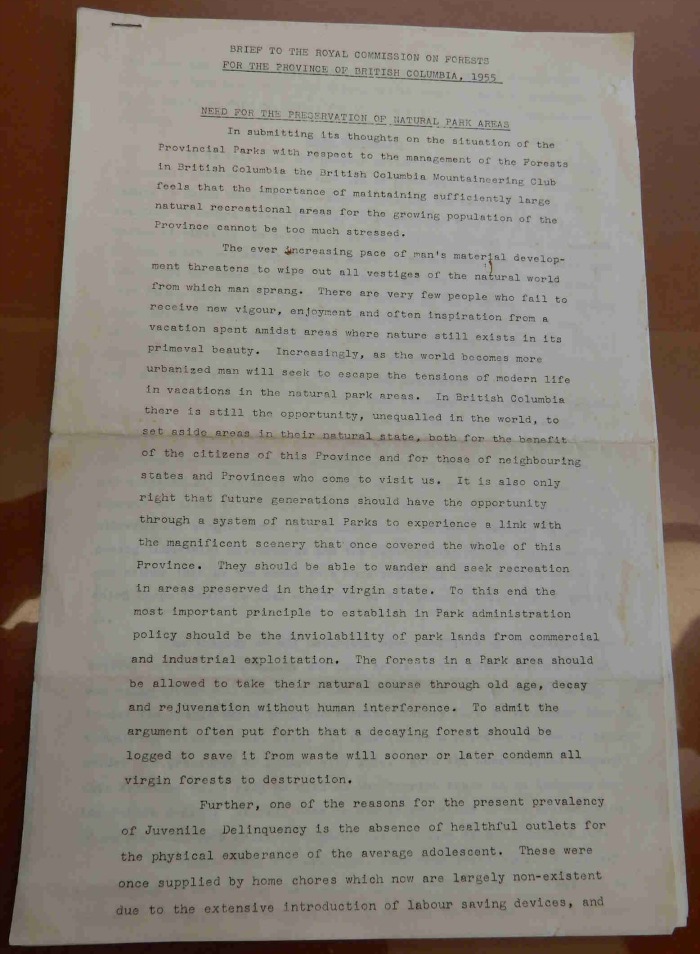 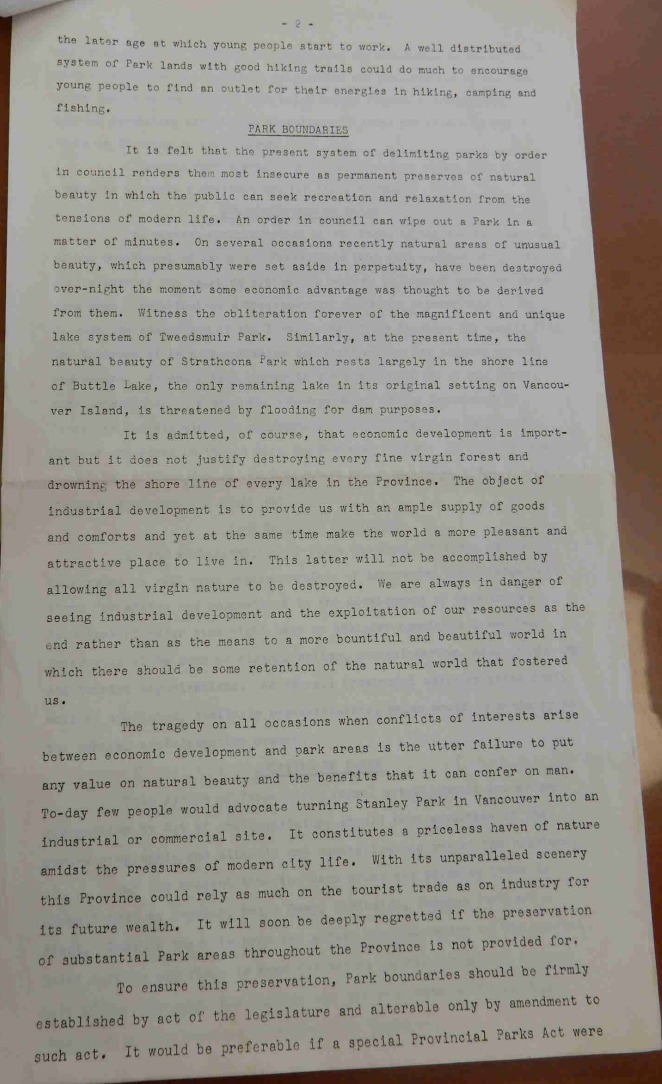 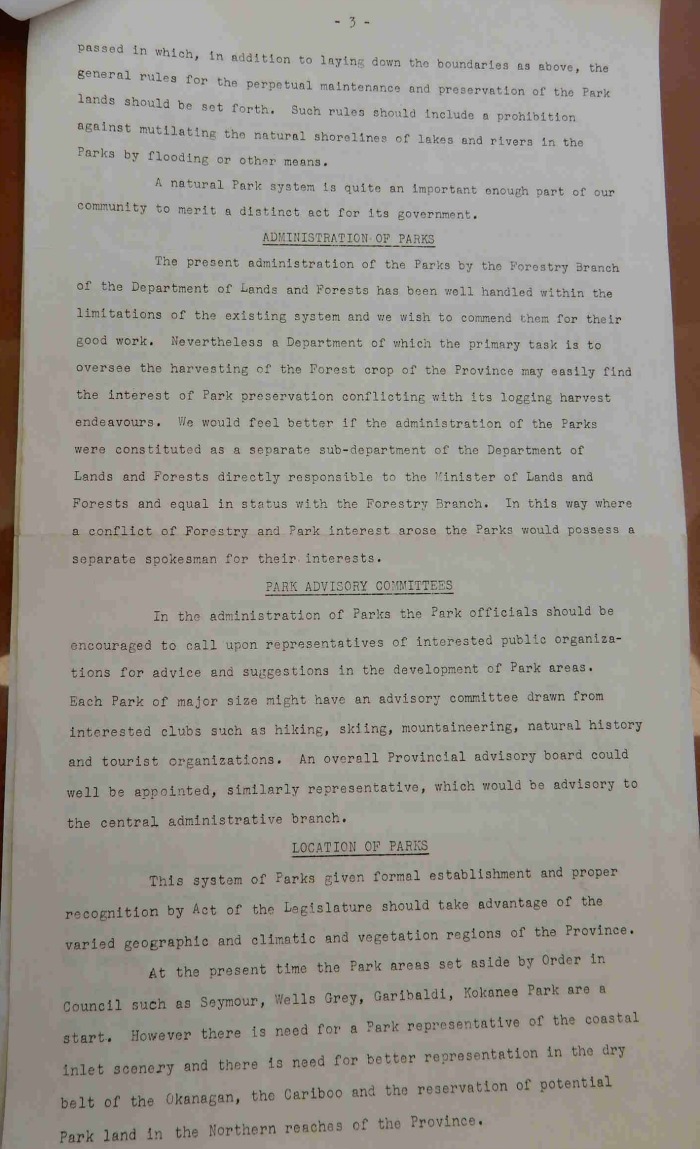 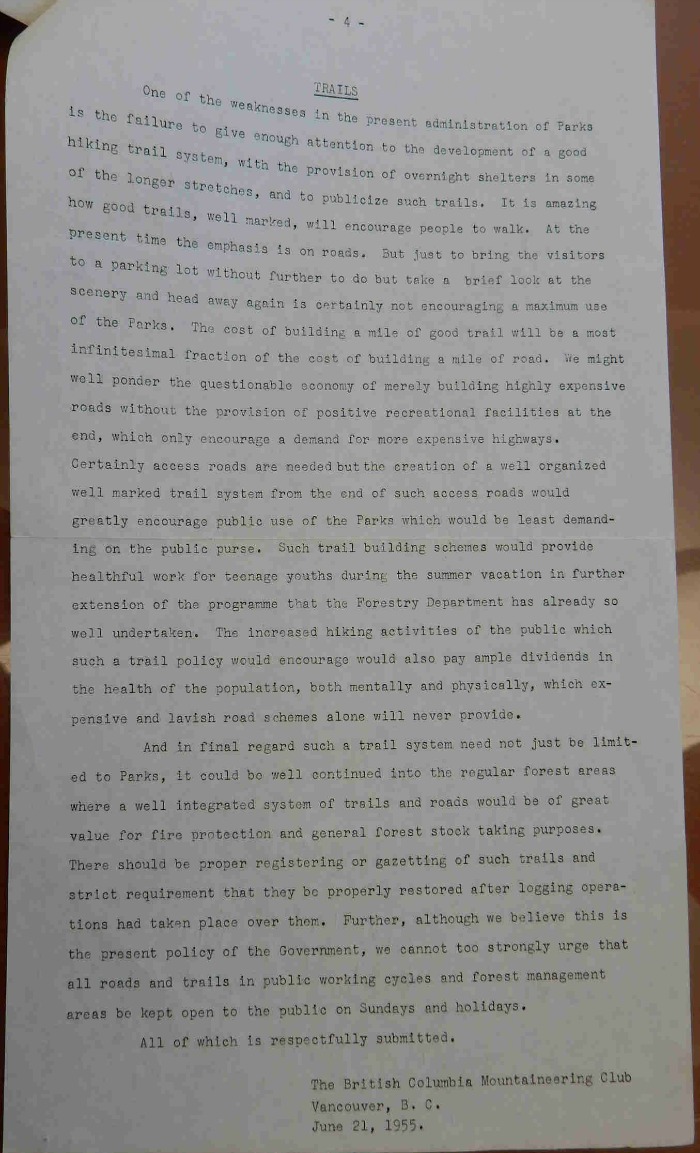 BC Parks Legacy of Failures

It is our position that BC Parks and the BC Provincial Government have failed Garibaldi Park and the non-mechanized user in a most spectacular fashion.  The following list supports this view (supporting Documentation available to download on this site).

When BC Parks was silent:

- The Wedgemount Creek IPP:  Industrial Activities claw their way to within 100 meters Garibaldi Park Boundary.  It is fascinating how BC Parks has been silent on this issue, yet held screaming hysterics over the Darling Lake Trail volunteer trail builders, who didn't even come as close to the Park Boundary as the bulldozers at Wedgemount Creek.

- Culliton Creek IPP:  - While only in the proximity of the Garibaldi Park Boundary, the Culliton Creek IPP does infringe upon important wildlife areas.  Again, silence has been the only response by the Ministry of Forests and Lands.

- Skookum Creek IPP - The only concern BC Parks expressed over this project is that the non-mechanized user might use the industrial access roads to access the Park (not the blasting away of the working forest).  According to BC Parks, they preferred the area of the Skookum and that section of Garibaldi Park to be reserved for bulldozers and dams only (see Darling Lake Trail).

When BC Parks Spoke:

Update 2016 - It is ironic that BC Parks is making a plea for more funding, when they seem to have more than enough resources to harass volunteer trail building crews (see the Article on the Ministry of Forest and Lands for more information).