I found this article while researching a comment made by a member that people do not have the right to access Crown land. Access to Crown land is not a right but it is enabled by policy. The policy is clearly stated on a provincial web site. In a nutshell, transitory activities such as hiking and skiing are permitted.

Please note: this post is nothing to do with COVID-19. 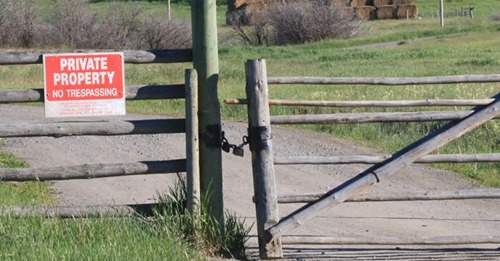 "We're not asking for what you might see in Scotland, where you can hike through someone's backyard with clothes on the line" — Barry Janyk, executive director, B.C. Federation of Mountain Clubs

Barry Janyk, the executive director of the B.C. Federation of Mountain Clubs, said he plans to attend the Union of B.C. Municipalities convention next week to lobby the provincial government for changes.

“Across the province, people are being frustrated by gates and closures,” he said. “Just because there’s private land in the front country does not mean it should prevent access to the backcountry.”

Right to Roam legislation is common in Northern Europe, where several countries allow varying levels of non-motorized access to both public and private lands for recreation.

In a written summary of its position, the federation said it doesn’t want “carte blanche” access to all B.C. lands, recognizing concerns around “safety, environmental stewardship and liability.”