BC Parks and "Carrying Capacity"

Carrying Capacity and BC Parks 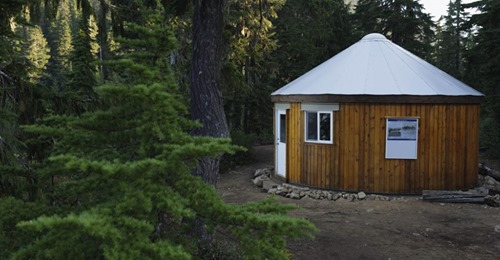 The term "Carrying Capacity" can be used by BC Parks as a cudgel to restrict access to a park without any quantitative or scientific justification. On many occasions I have asked BC Parks to quantitatively define the carrying capacity for a given Park, facility or subset area of a park after the term is repeatedly peppered throughout a planning document or masterplan (the Cerise Creek Conservancy Plan is such an example). To date, I have yet to receive any numbers or valid scientific data from BC Parks. In fact, I was told by BC Parks Planners on one occasion that the data did not exist.
Restrictions to access needs to be backed up with valid research, data and legitimate reasoning. Restrictions based on the ill-defined or undefined evocation of the term "Carrying Capacity" in order to avoid the logistical and financial responsibility to properly manage a given park or area is lazy and does not meet the diverse and growing recreational needs of the general public.
At its worst, the evocation of "Carrying Capacity" when not defined could be used as a mechanism to impose a rigid, restrictive, anti-recreation conservation agenda without having to provide any valid scientific justification or rational for those public access restrictions.
Reference:  https://engage.gov.bc.ca/bcparksblog/2019/09/19/carrying-capacity-and-bc-parks/?fbclid=IwAR1LmdATGYjqZ9_Tm0n9nVUwQecLn3tPqN5qlIJDs3CIqyW8mqswH3Ior3g
© 2022 Backcountry BC