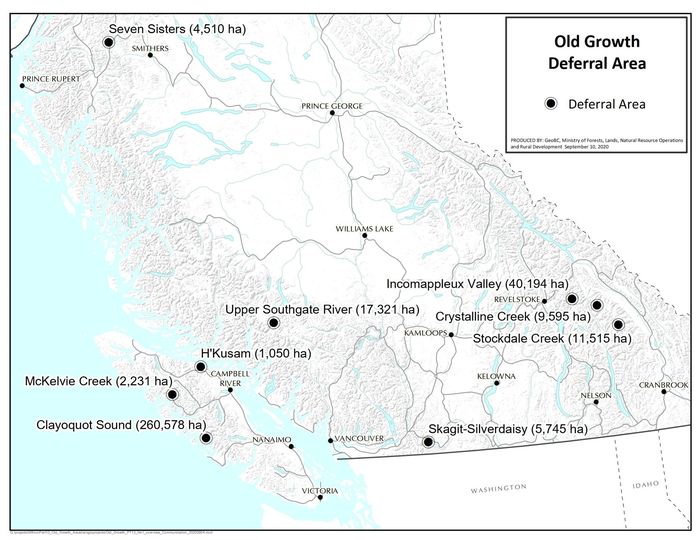 Logging is deferred in nine areas including the so-called Donut Hole of Manning Park (Skagit-Silverdaisy).

Regarding the Donut Hole, the Federation of Mountain Clubs of BC says "the FMCBC is working in alliance with several others/organizations (including Tom Perry, Ken Farquharson, CPAWS, ORC, Wilderness Committee, Sierra Club of BC, BC Wildlife Federation, BC Nature, BC Federation of Drift Fishers) to save the Donut Hole.
While Imperial Mines' mining claims remain an on-going issue, the alliance believes this brings us one step closer to gaining full protection for the Donut Hole."