According to the Visitor Use Capacity and Fee Background document released by BC Parks in February 2020:

Our methodology for identifying a visitor carrying capacity is based on a review of published papers on the topic, recommendations from the International Union for Conservation of Nature, and the United States Visitor Use Management Framework.

The analysis on visitor capacity was based on many sources of information collected in 2019 via surveys, field reports by rangers and park stewards, on-site assessments and attendance data recorded by counters.

To identify the visitor capacity of Joffre Lakes Park, we analyzed the relationship between the number of visitors and the following attributes: visitor experience, perceptions of safety, and environmental impacts.

Given the results of the analysis, a cap on visitation of 1,500 people per day is proposed as it falls in the middle of this visitor capacity analysis. Analysis of attendance trends over the past three years highlights that the proposed capacity would not have a large effect or constriction on weekday use; however, it would reduce the weekend spike in use.

According to the BC Parks website, the park is currently closed. 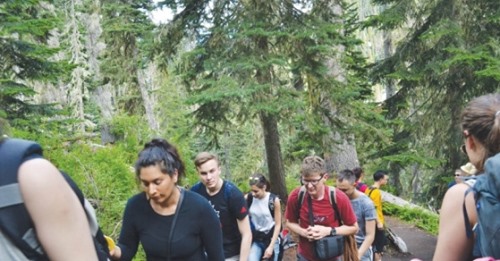 Abuse it, and we lose it.
Such is the case for Joffre Lakes Provincial Park, and everywhere else...
The easiest and perhaps laziest method for government to manage an area is via restrictions, closures and quotas.
If the public makes a mess of a park or wilderness space, we are providing ample justification for government (BC Parks in this case) to choose the management style of restrictions, quotas, bans, fees and closures.
Our choice, our consequences.
-x-

The results are in and it turns out that the majority of respondents to the Joffre Lakes Provincial Park Survey are supportive of day-use fees and a cap on the number of daily visitors.

BC Parks ran the online survey in April, garnering just over 2,500 respondents, with the majority between the ages of 25 and 34 and hailing from the Lower Mainland.

Just over 70 per cent of respondents said they would be willing to pay a day-use fee to enter the park if they knew that the money was being reinvested into the park.

And 84 per cent of respondents said they would agree with "limiting the number of day visitors in the park" if it meant they were "guaranteed easier access."...

That, perhaps, may have to do with a general dissatisfaction with the visitor experience: 75 per cent of respondents said that the number of people in the park had "a negative" impact on their visit.The survey is part of a comprehensive effort by the province to address a host of issues associated with the popularity of the park, which features spectacular views of three pristine alpine lakes and a relatively easy hike.

It will inform a forthcoming visitor-use management strategy set to be released in 2020. 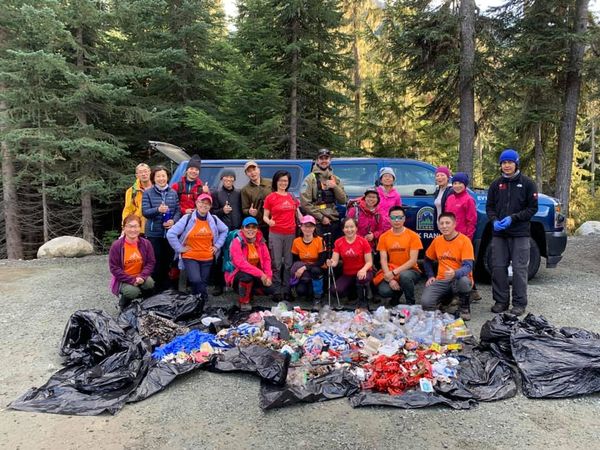 Apparently the concept of "Leave no Trace" hiking is a message that is often forgotten. It is sad to think that the main trail to Joffre Lakes has become a wilderness garbage dump.
Trails, Parks, Wilderness Areas and Rec Sites do not clean up themselves, and the wilderness experience of those who would visit an area after you have come and gone is just as important as your experience in the here and now.
A special thank you to all the volunteers out there maintaining and cleaning up our trails and wilderness areas. They are the unsung and oftentimes invisible heroes.
Credit to Jeff Hanand the awesome CROSSNA group for this cleanup
Source:  Steve Jones 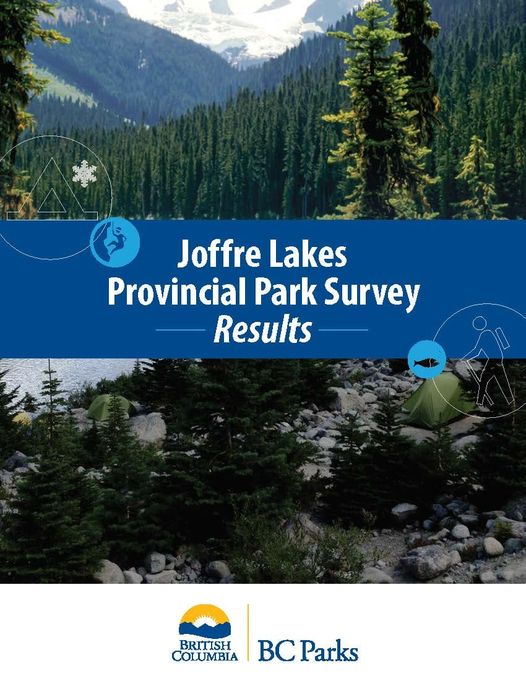 The Joffre Lakes Provincial Park Survey Results are now available here: https://bit.ly/1Lh6XGB
Earlier this year, BC Parks implemented an action plan for Joffre Lakes Park to address pressing public safety concerns.
The plan includes parking lot expansion, a shuttle bus service on busy weekends, and enforcement of illegal parking on highway shoulders.
BC Parks continues to look for a variety of solutions to improve recreational opportunities throughout the province while protecting our valued parks. 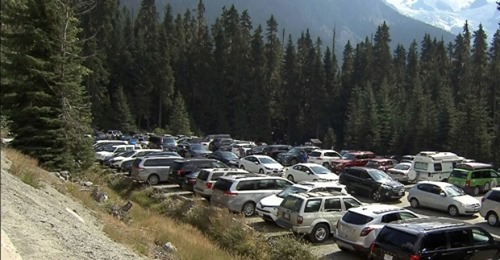 The problem of overcrowded parks and hiking trails did not happen overnight or by total accident. The numbers of hikers is annually increasing at double the population growth rate of the GVRD.
A core set of philosophical questions that lead to an understanding of yourself or a problem is:
Where did I come from?
Who am I today?
Where am I going?
So after decades of Government underfunding, decades of Government prioritization of commercial operators, decades of outdoor gear manufacturers and tourism agencies promoting the outdoor lifestyle, and decades of very few new quality hiking trails being added to the S2S inventory, how is the current situation surprising?
And it is going to get much, much worse if nothing changes.
So what are the options going forward?
Build a fence with a moat around the lower mainland to keep people in? Feudalism Version 2.0?
Take the bunker approach and maintain the status quo or even reduce the number of trails and concentrate the teeming masses of humanity like blood cells in an artery?
A quota system with ever increasing fees, rules and regulations?
Or what about increasing funding and increasing the number and quality of trails? (There is decades of catchup to do for this one).
We can choose, or not. So far, we have avoided making a choice and have done next to nothing, which is a choice.
It is this "non-choice" that has led us to stumble blindly into the current situation, and I suspect it will be the same non-choice that will lead us into the very gates of hell; its flames fuelled by our failings as a society and as a species.
All for the inability to understand a problem and the lack of courage to choose to do something about it.
Reference:  https://bc.ctvnews.ca/video?clipId=1478259&jwsource=fb&fbclid=IwAR0gxuIjjXKjpPjyn_zWQsLMFzgGkLOEmBbT3LEVCd154yhp9DE5d-4F8I8
© 2022 Backcountry BC