Some British Columbians are still under the illusion that BC Parks is the underfunded white-knight protector of our parklands.   While this was once true decades ago, a growing number of experiences by groups such as the Heathens Mountaineering Club and Garibaldi Park 2020 (amongst several others) suggest that the BC Parks Organization of the 21st century is a much different, darker organization.

The Heathens's horror show experience with BC Parks on Vancouver Island is documented in detail below.   BC Parks's behavior of bullying, breaking signed agreements when it suits them, ignoring communications from the taxpaying public, lying, issuing large fines to volunteer trailbuilders and shutting down and persecuting volunteer trailbuilders seems to be becoming a pattern of behavior rather than an mere isolated incident.   Most shocking of all is that BC Parks had the audacity to demand that The Heathens sign a "gag order" forbidding them to speak to the media in order to continue to maintain their trails at Crest Creek Crags as they have done for decades.

2Coverletter.pdf - Summary of the issue

3DonCaddenHeathensTerninationJan2016.pdf - BC Parks shuts the Heathens Down

4ResponsetoDon-CaddenPreparedOct2015.pdf - The Heathens express many concerns including the "gag order" contained within the new agreement proposed by BC Parks

- The Heathens announce the following in the minutes:

Chris said that he will not liaise with BC Parks any more. He is not looking for support, but wants this recorded in the minutes of this meeting as records of past efforts have not been available. He referred to Parks being unable to find copies of the past Volunteer Agreement (based on the agreement presented, it appears that Chris misunderstood the term of that agreement, not realizing it was not a long term agreement and only applied for 1 season). Andy also advised that the only document in question (can’t find) is a long term agreement with which was searched for numerous times and could not be found in any files. There were, however, several short term agreements like the one Chris produced and that all the other pamphlets and booklets that Chris presented, i.e. Master Plan and other government documents are also on file.

13CrestCreekSign.pdf - BC Parks Sign established after the so called "3 month volunteer agreement" expired

The BC Parks response for the Heathens not signing their "gag order" agreement: 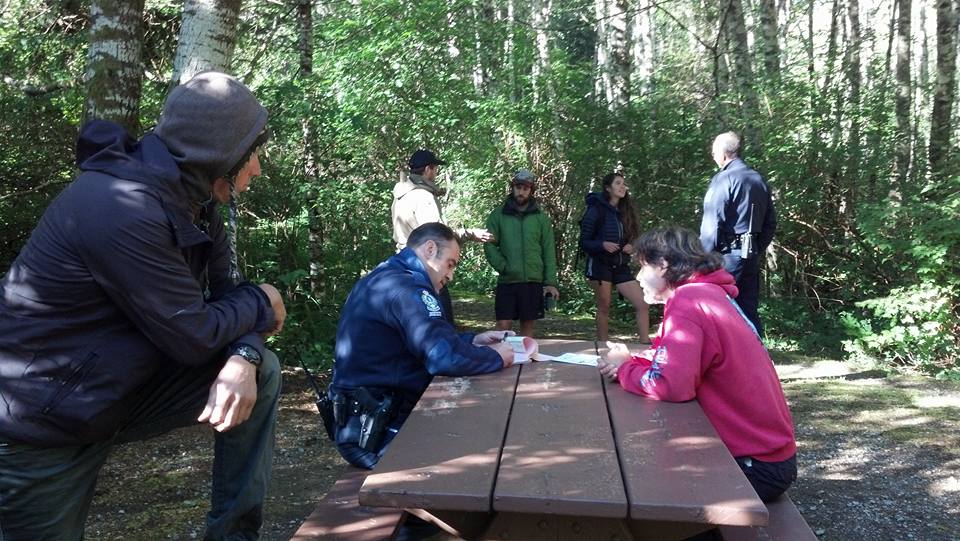