Planning Continues for Garibaldi at Squamish 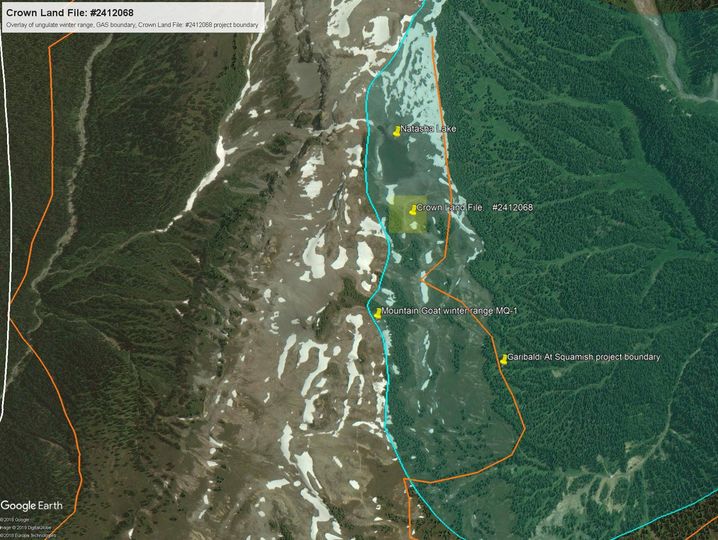 Ungulate winter range on Brohm Ridge as shown overlapping the project boundaries for both the wilderness lodge and GaS.
The article in Squamish Chief newspaper quotes one developer saying he hired a "registered professional biologist" to confirm the wilderness lodge is outside the ungulate winter range.
The data set I used for the map to establish the lodge is inside the UWR comes from the provincial government.
Those files are online here: http://www.env.gov.bc.ca/wld/frpa/uwr/approved_uwr.html.

Meanwhile, the provincial ministry responsible for project approvals would not confirm or deny the overlap. Perhaps the proponent's RPB can publish their map and cite the source of the data they are using. 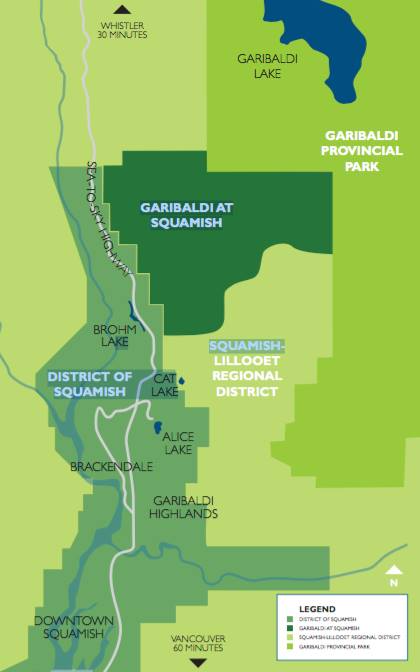 Update on Garibaldi Squamish Resort
According to their Winter 2019/2020 (https://www.garibaldiatsquamish.ca/news/2019/2/4/winter20192020newsletter?fbclid=IwAR22Y4ociivhiq0YF_Eihh5hWSab1qIM-jZjgsQxMskwdZJo8DvyNscFYBQ)
It appears that Rod Macleod retired and has been replaced with Sabina FooFat as Project Director.
They desire to apply to extend their EA (environmental assessment certificate) in the Spring to 2026. The proposed resort would occupy 2,760 hectares and is to be completed by 2040 (phase IV). They apparently have decided to abandon the idea of building two accompanying luxury golf courses and to move the "village" up the mountain to 1,100 meters.
From the Backcountry BC perspective, should this resort and proposal prevail, we wish to ensure the integrity of the Garibaldi Park Boundary (no more boundary adjustments/deletions for commercial developers and operators please and thank you!), continued and unencumbered free non-motorized backcountry public access to the park, protection and respect for the large and critical mountain goat ungulate winter ranges on Brohm Ridge, and protection for both old growth forest and water.
Given the proximity of the park boundary and the proposed resort as seen in the map, it certainly would be tempting for the current or any future owners to want to creep their way into that fine park alpine so close by.
T-bars crawling up BC's new "Warren Glacier Provincial Park" in 2050? Not so far fetched given the existence of Blackcomb Glacier Provincial Park. Perhaps I shouldn't give anyone some bad ideas...
Add new comment

What is happening with Garibaldi at Squamish? 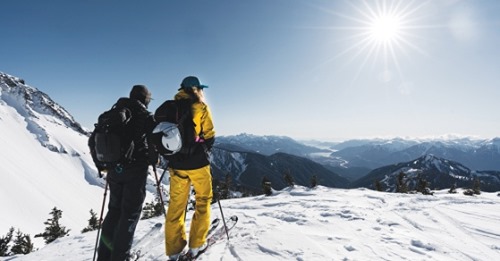 "It is difficult to get a man to understand something, when his salary depends on his not understanding it."
In this case, the above famous Upton Sinclair quote applies to Squamish resident Sabrina FooFat, who once opposed the Garibaldi At Squamish Resort, but now seems to have had a change of heart after being hired by the wealthy and powerful Aquilinis to manage the project after the recent retirement of Rod MacLeod.
The more things change, the more the stay the same...

Former city planner and Squamish resident Sabina FooFat is on record as having opposed the earlier iteration of the Garibaldi at Squamish project.

The previous plan for two golf courses, in particular, irked FooFat, who formerly worked for the District of Squamish for a decade and the City of Vancouver for five years.

But times, plans and opinions change.

These days, FooFat is not only a supporter of the current design and plan for the all-season resort slated for Brohm Ridge, but she is also its project director.

“A couple of the big game-changers for me on this project, were, first of all, the project changed majority shareholder ownership in... around 2013 and the things I was most opposed to about the project — the golf course around the lakes and the big sprawling urban form — those came out of the plan,” FooFat told The Chief.Aquilini Investment Group, in partnership with other project shareholders, formed the Garibaldi Resort Management Company in 2009. Several contracts for the project were in place until 2013. In 2013, GRMC was able to make several changes to the project, including removing the golf courses from the concept and retaining a different consulting team.

FooFat took over the Garibaldi at Squamish role from Rod MacLeod, who recently retired. 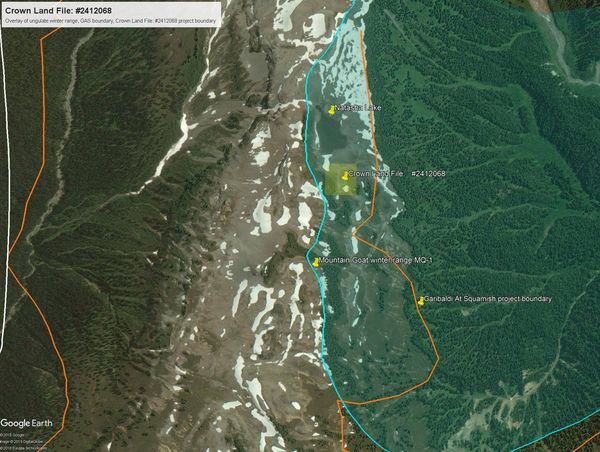 Regarding a proposal by Don Vanderhorst to construct a wilderness lodge on Brohm Ridge inside mountain goat winter range.
The lodge and resort proposal is entirely inside a designated ungulate winter range (UWR). The province establishes mountain goat winter ranges to provide high suitability habitat. Habitat attributes include snow interception, foraging opportunities, escape terrain, steep south and west-facing windswept ridges/slopes, conifer bluffs, shrub/grass communities, and security cover.
The range on the west side of Mount Garibaldi is known as MQ-1. It extends from Cheekye River to the top of Brohm Ridge and includes Natasha Lake. The winter range is used by mountain goats and is one of largest winter ranges in the south coast region.
There are two other UWR in the adjacent Clinker Ridge—WR-2 and WR-3. Summer range for mountain goats is in Garibaldi Park, for example the nearby Table Meadows area on the flanks of Mount Price and The Table. It is probable that mountain goats are traveling between winter ranges in winter and that path would take them through the proponent's tenure or that of Garibaldi At Squamish (the Aquilini project). Likewise, travel between summer and winter terrain would normally pass through proponent's tenure.
Biologists are uncertain as to where mountain goats are birthing and to what extent the cumulative development proposals on Brohm Ridge will have on the animals and their very young, especially during seasonal migration. The problem with the approach taken by project proponents on Brohm Ridge is that they only study the impacts on animals within the project boundary. The Garibaldi At Squamish proposal, for example, did not look at the impacts on mountain goats during their birthing period and seasonal migration. An environmental certificate was issued in error, in my opinion because it lacked taking into account regional impacts.
Mountain goats are extremely sensitive to noise and overhead disturbances. The presence of helicopters is a well known harmful impact on mountain goats. The presence of wind turbines is not a known hazard but extrapolating from the generally accepted scientific literature, they would be threatened by large overhead towers with rotating blades, especially above them.
The proposal is not compatible with the objective of preserving mountain goats. There are concerns about migration patterns being disrupted both summer and winter, cumulative impacts from the number of projects proposed on Brohm Ridge, threatening structures such as wind turbines, displacement from increased human activity and construction and lack of detailed environmental studies of a regional nature.
Update 2020: This proposal is defunct
Reference:  https://www.squamishchief.com/news/local-news/wilderness-lodge-proposed-for-brohm-ridge-near-squamish-1.23790337?fbclid=IwAR3Wb9WWDHjt9PcHE4k0w4YMrOzG0F8M0fJz2PEhjQ9XhS8xMw2J3NlCpjI
Add new comment
© 2022 Backcountry BC