This short traverse links the Knothole Lake trail to the Seed Peak trail.

Parties have gone both ways. The crux section is north of the col between KSP and Seed Peak (shown in the first photo below). In summer, the ridge crest can be followed on good rock. In winter, the sharp divide presents a problem. Parties travel on snow slopes west of the divide. 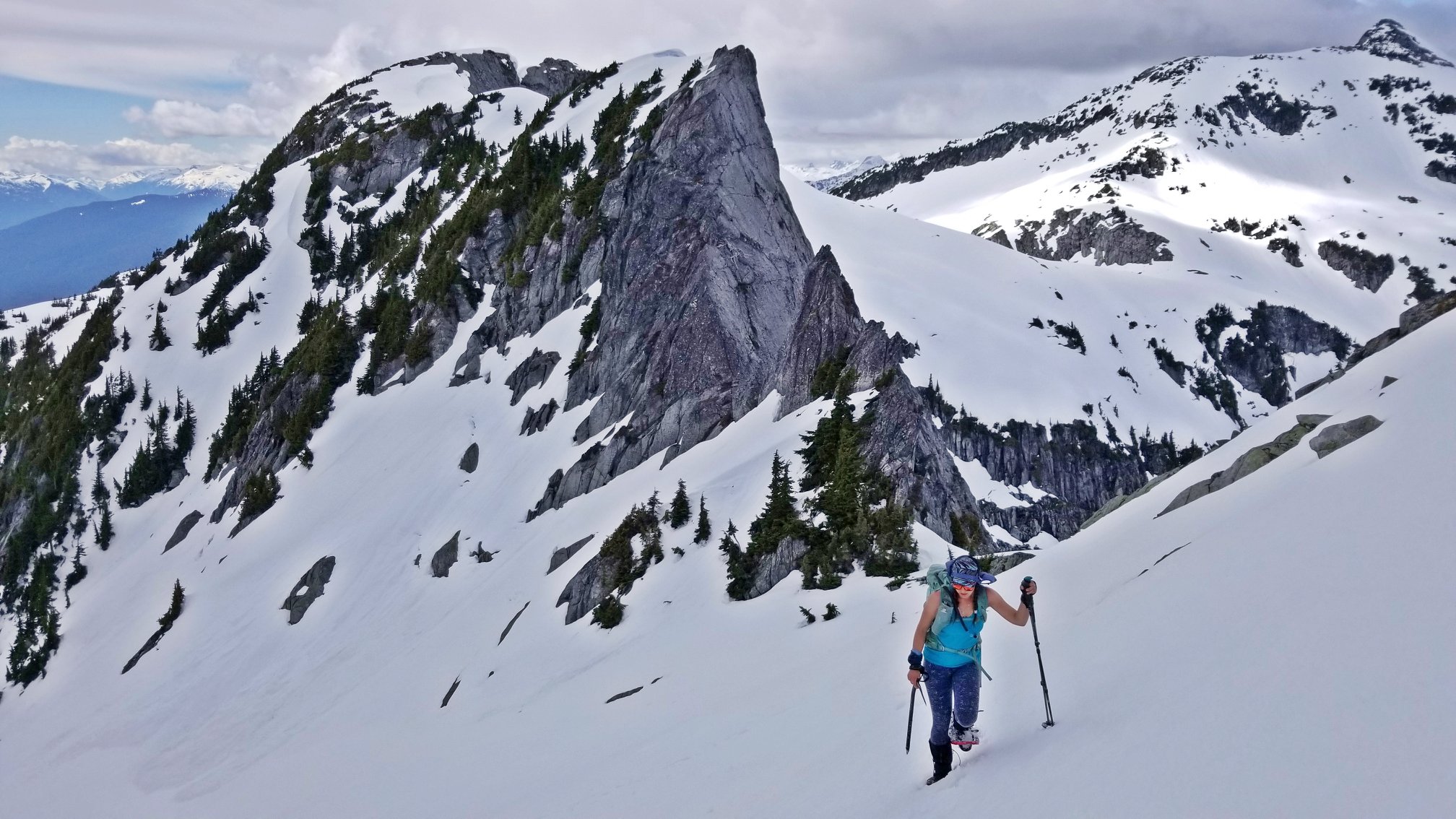 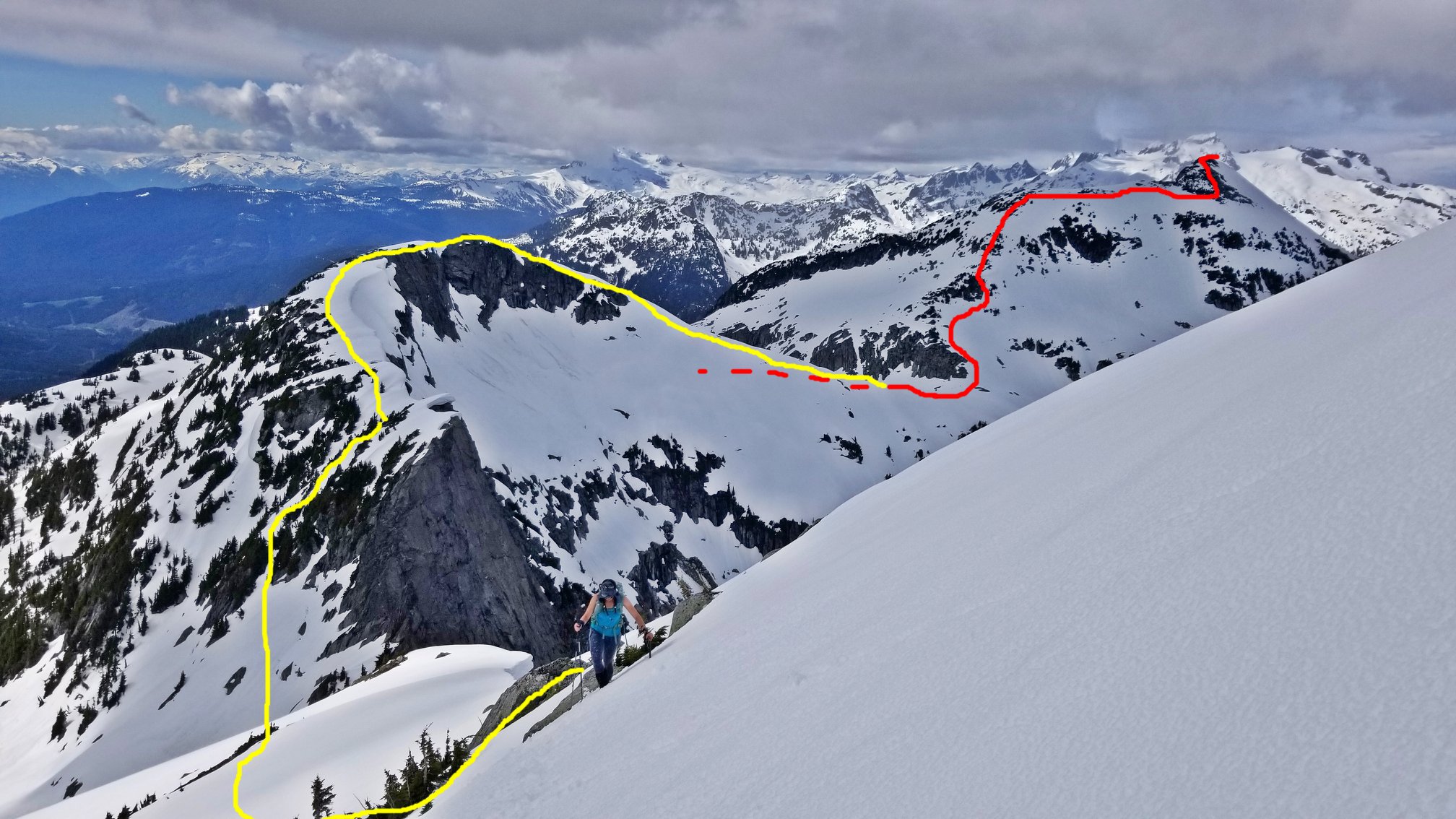 The route taken by Alan Blair's party in spring of 2020. The party went up Knothole Lake trail to climb Pinecone Peak. Feeling like they needed more exercise, they continued over KSP towards Seed. Encountering difficultly staying on the ridge crest, the party descended onto snow slopes to bypass gendarmes at the KSP-Seed col.

The Blair party's route in red. He said, "Not saying it was the best route, if coming from the other direction we would have seen a better line 100% and cut below the bluffs more."

The western slopes of Seed Peak (photo left) and the col with KSP further left from Red Mountain (Mountain Lake area). Mount Gillespie far right. This is serious terrain to be caught in an avalanche. A slide between KSP and Seed might entrain you and carry you 700 meters to valley bottom, likely not survivable.

Richard So wrote up an article going from Seed to KSP and beyond, which took place in October 2015. He commented that it was scenic ridge rambling on granite.