This is a one-day ski loop south of Mamquam Mountain. It crosses a provincial recreation area, two mountain passes and enters two provincial parks. The route I describe is about 28 km and 2250 meters gain/loss of elevation.
I put together some notes and maps. Overall, it's an outstanding ski loop but there are some pain points that can be avoided by consulting the notes.

The entrance to the headwaters of Crawford Creek. Watersprite Lake is behind the ridge. The bowl on the left or the gully on the right provide access for backcountry skiers. The gully is a dangerous avalanche chute. The bowl is somewhat safer. 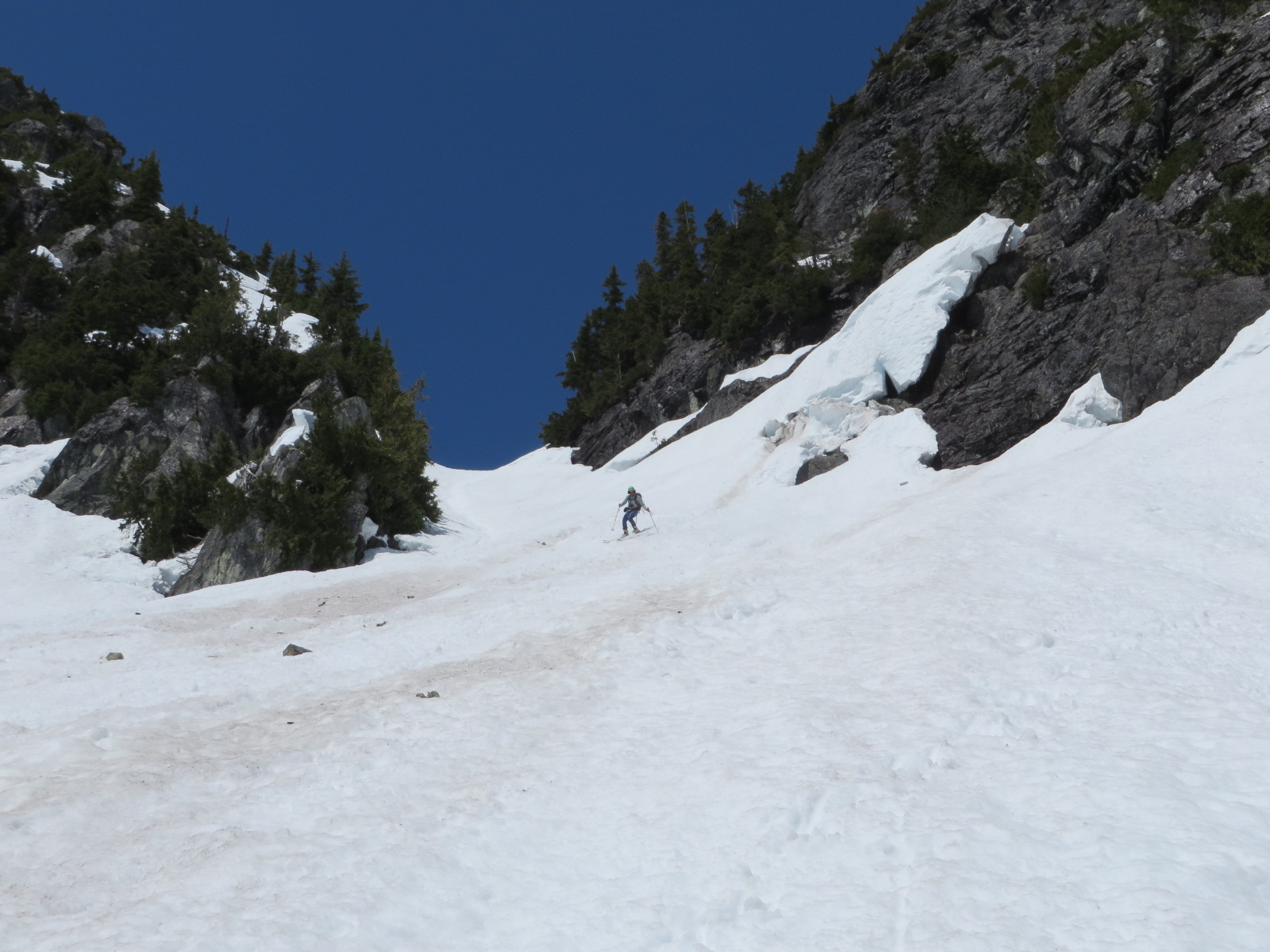 Paul Schrimpf in the gully one spring day. 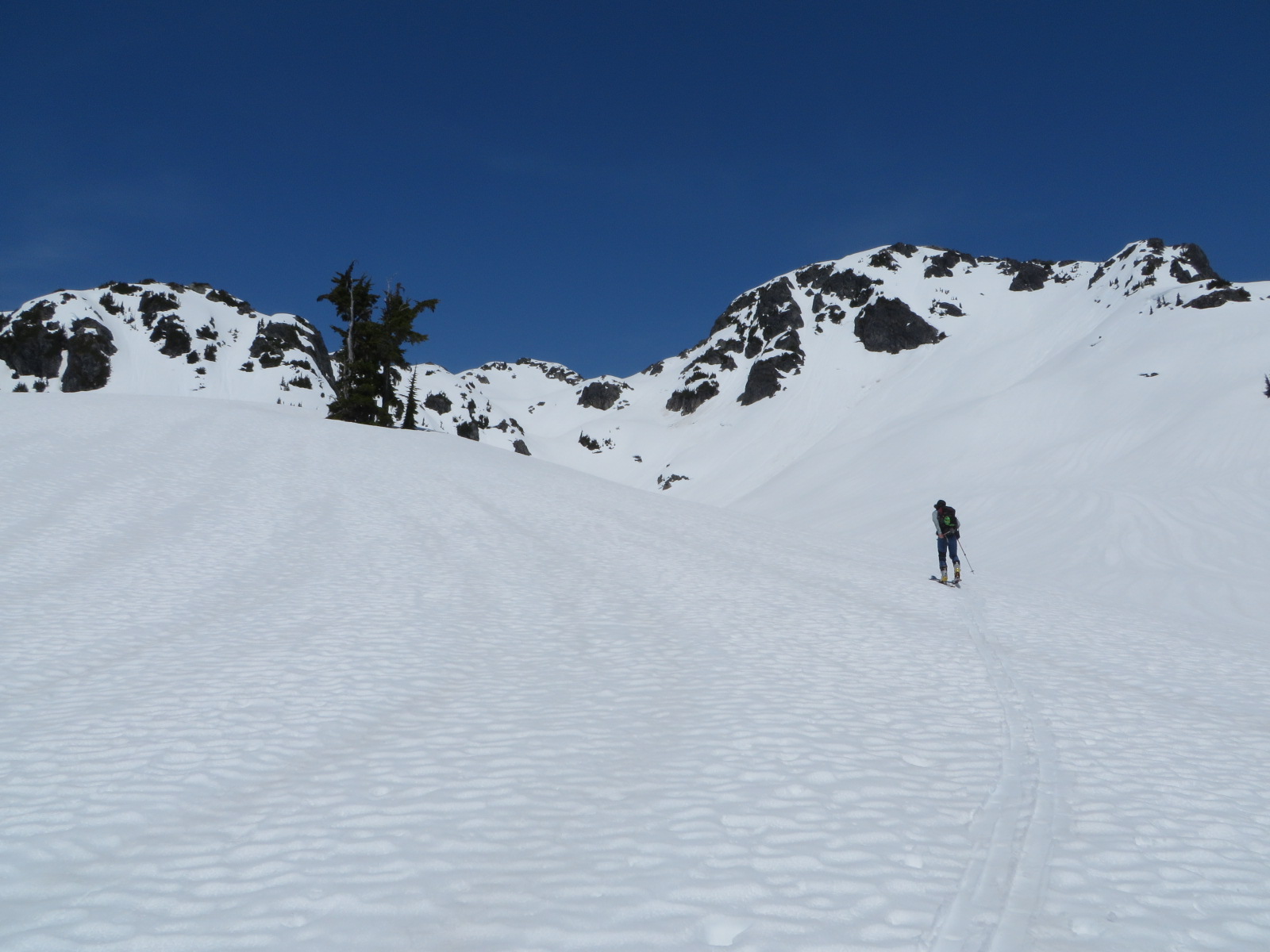 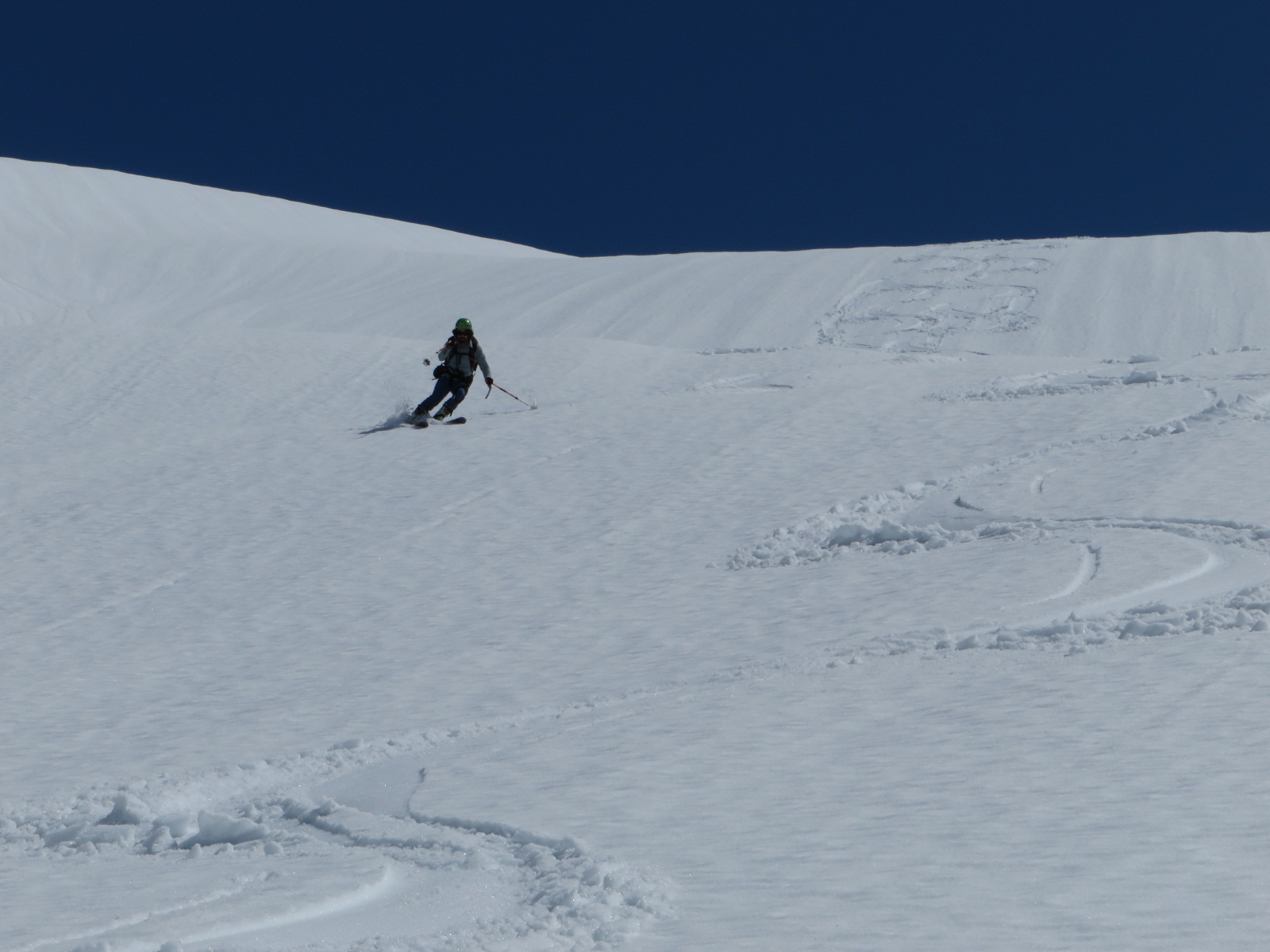 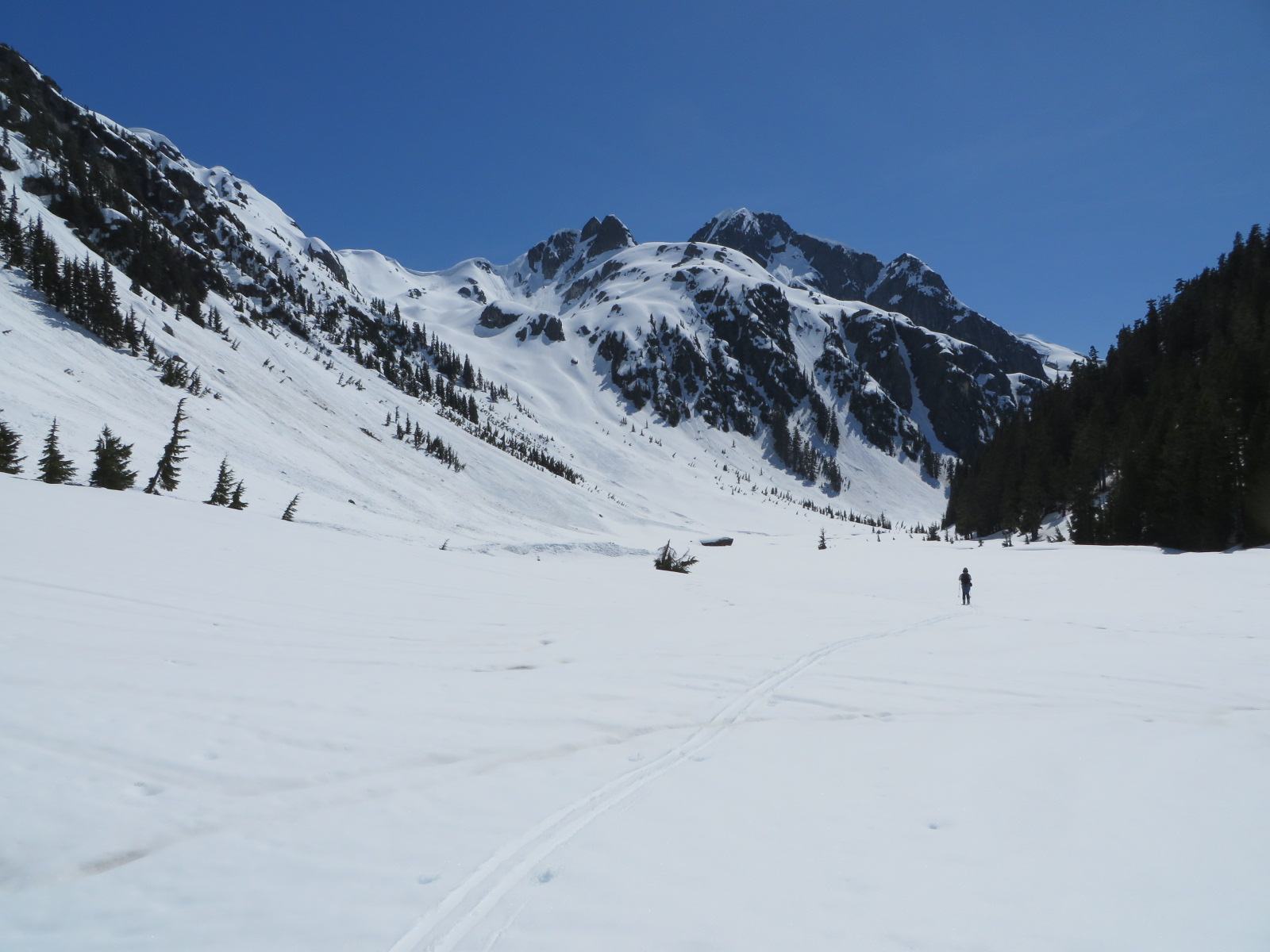 Glacial outwash plain in the east fork of Skookum Creek. Dreadnought Peak ahead of the skier. Egress down the creek is blocked by an impassable swamp. A convenient slope can be climbed to the so-called Skullhead Pass above the swamp to rejoin the Watersprite Lake trail. 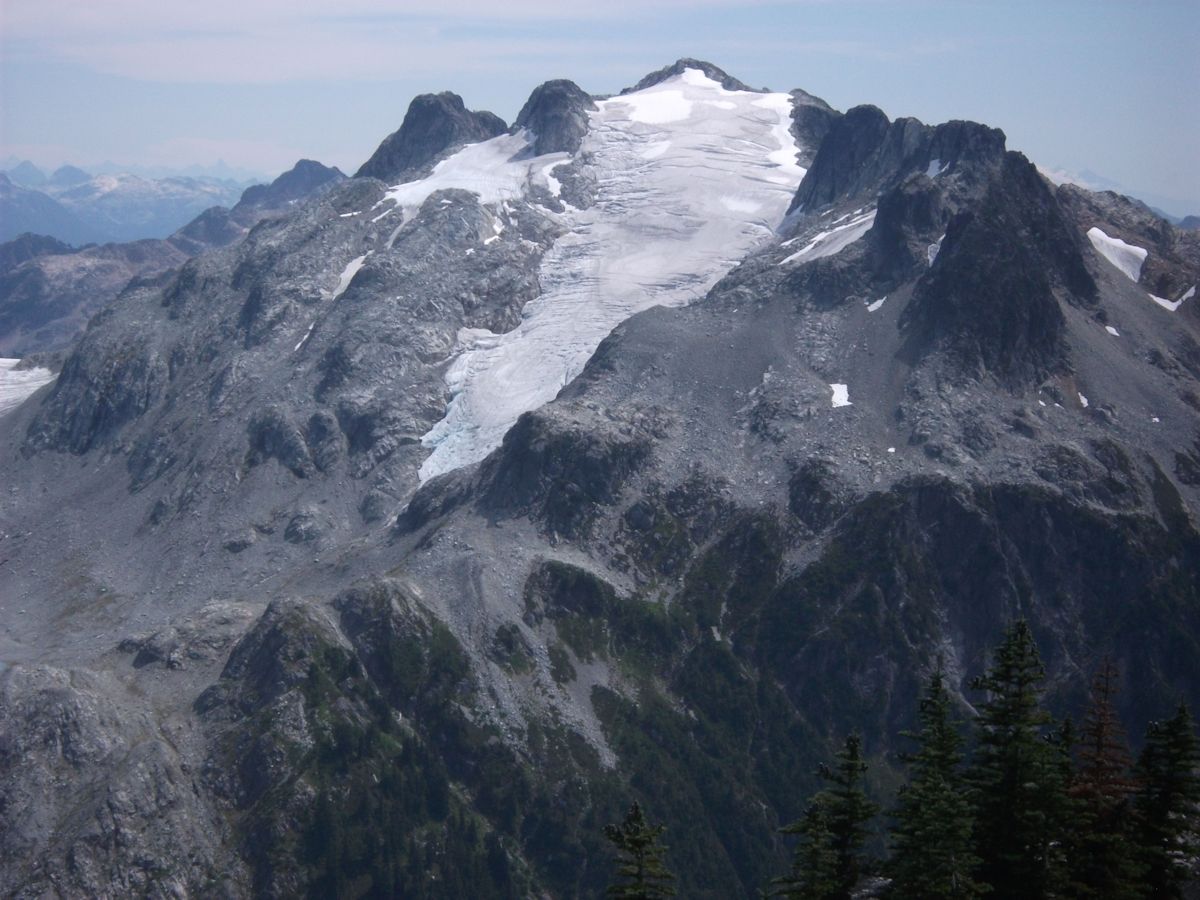 The meadows south of Crawford Peak.

Looking back west towards the divide with Watersprite Lake. The access route in summer follows the heather benches in the forested area left of the rock buttress on the far right. 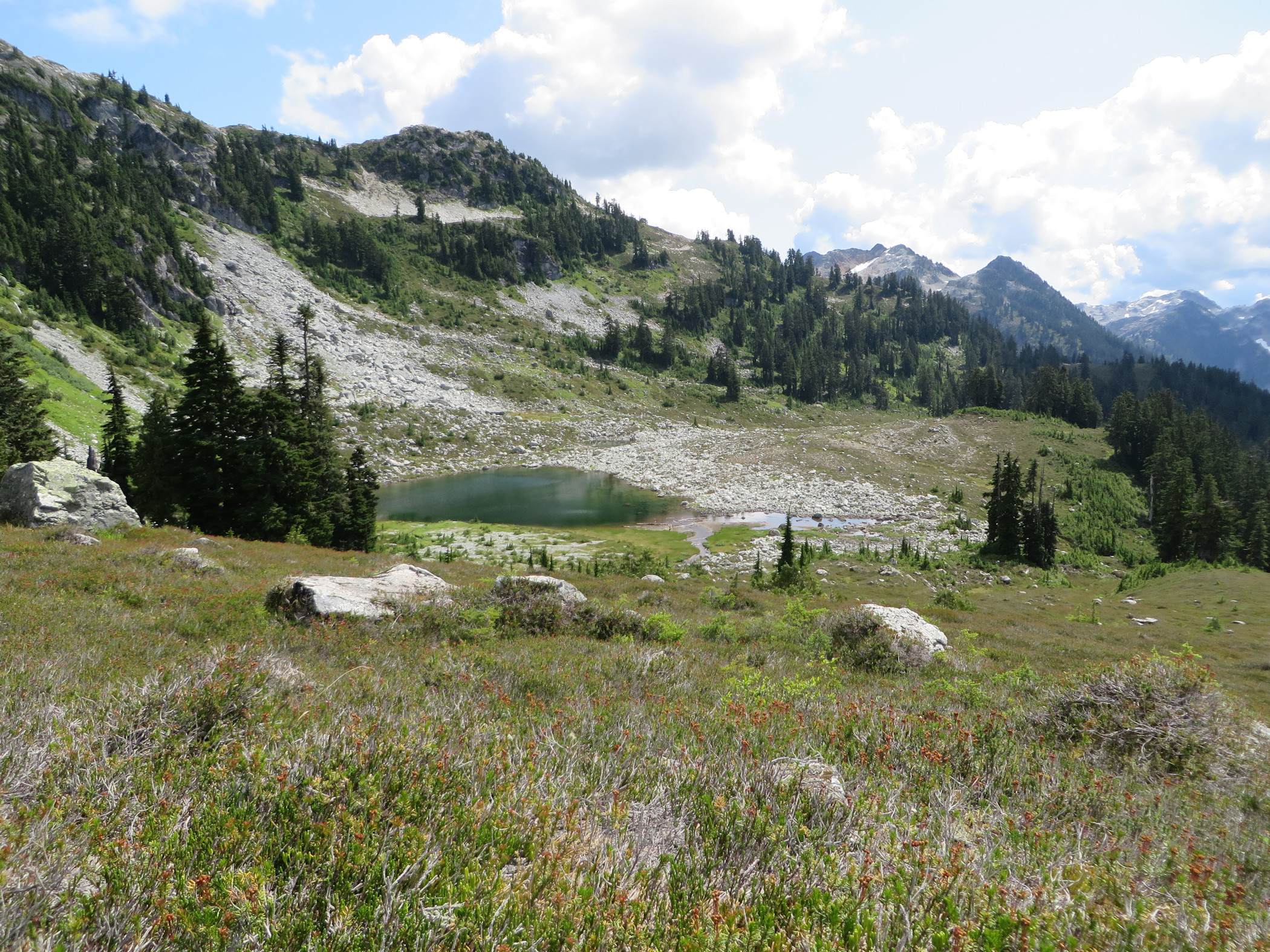 One of the smaller lakes south of Crawford Peak. 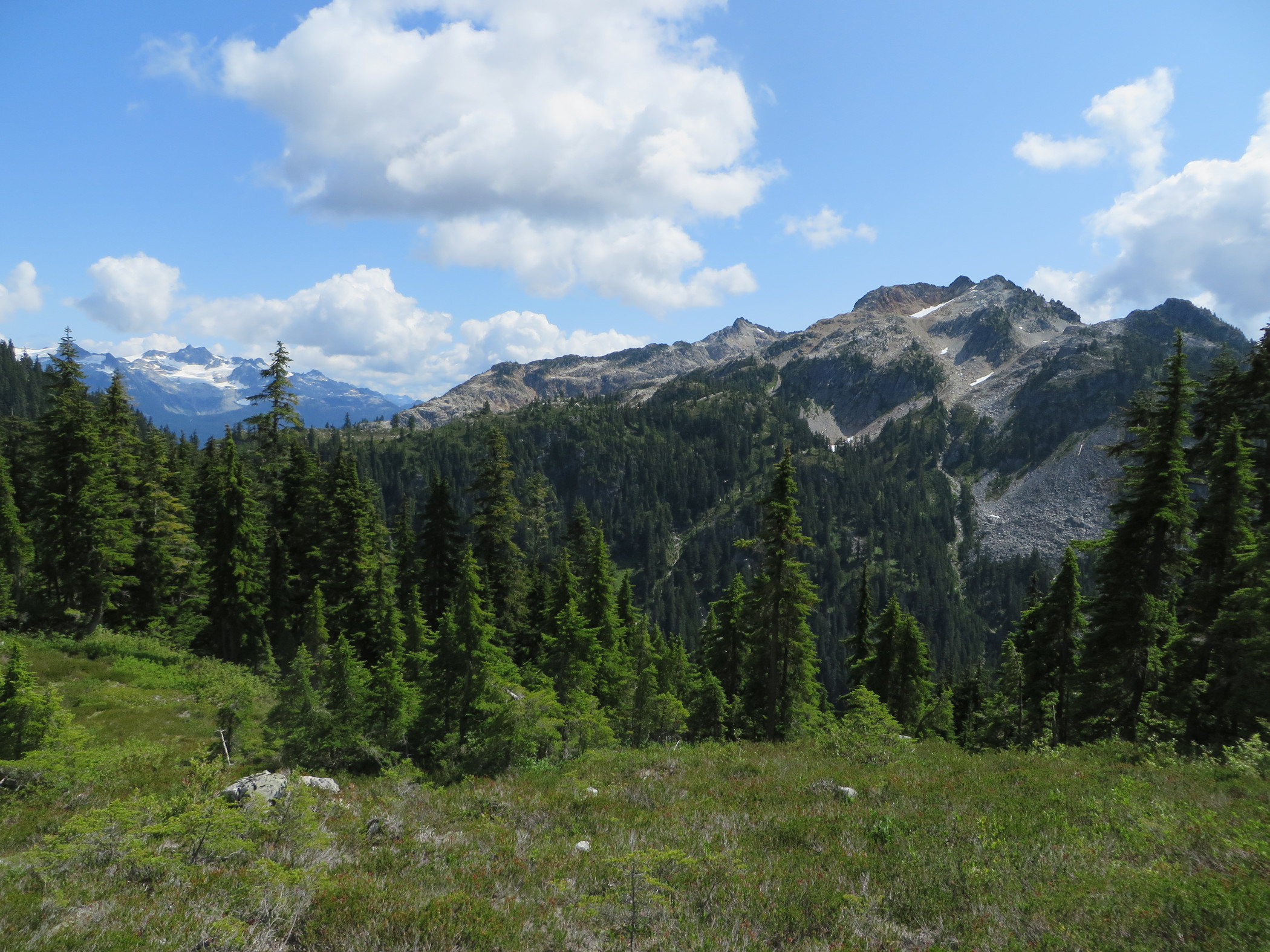