Access to the northern portion of Pinecone Burke provincial park is off Mamquam forest service road reached from Squamish. 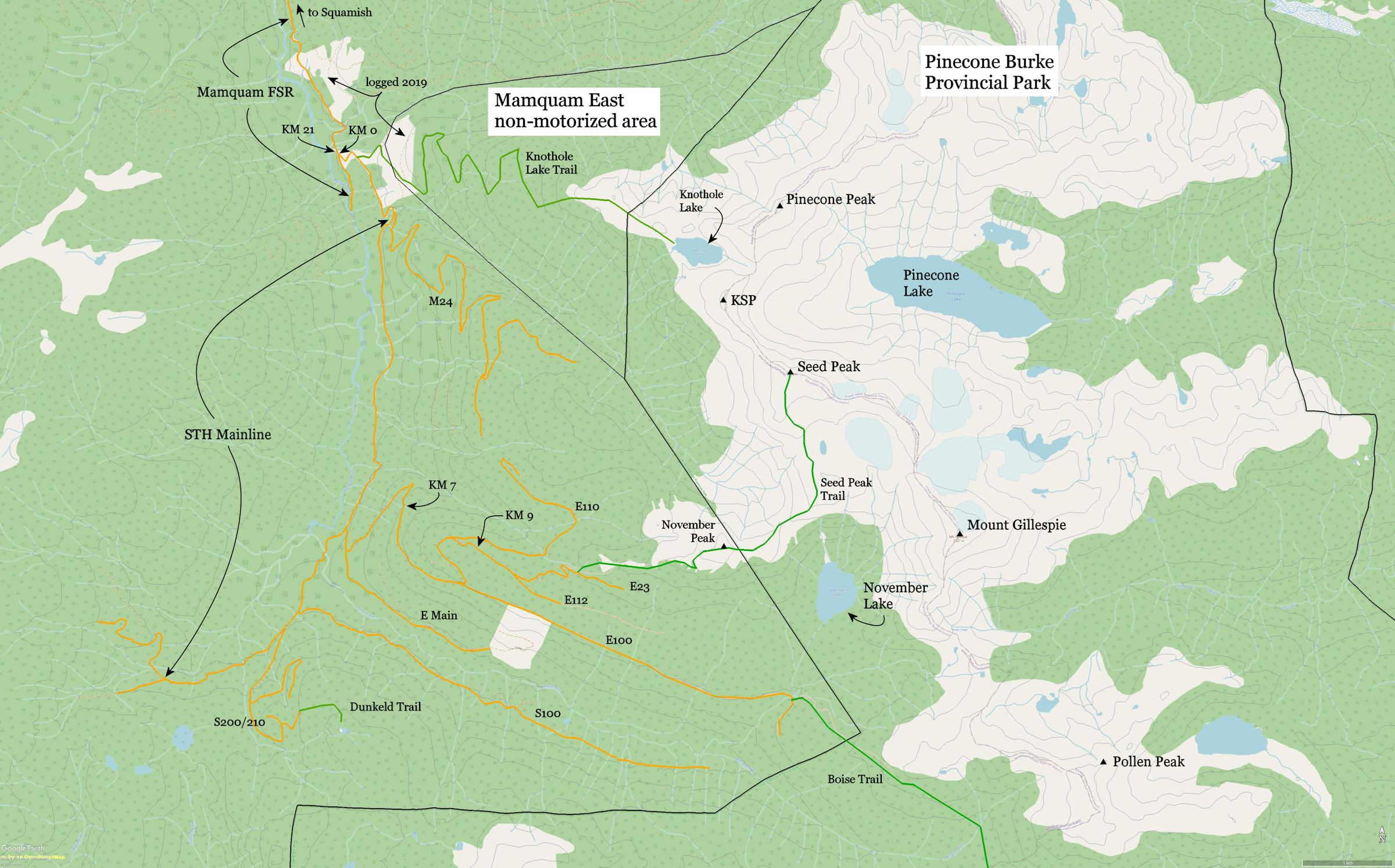 The "trail" is pretty much non-existent. The approach road, originally called M22 by Macmillan Bloedel, was heavily deactivated in the 1990s. Massive tank traps prevented even dirt bikes. The road ends near 1350 meters and a very steep trail used to go up the far end of the cutblock. We show the road as just a trail in green.

Logging occurred at the bottom of the road in 2019 and it was reactivated to 700 meters. Next year the restored road was cross-ditched. Pretty much all the road and trail are in a designated non-motorized zone called Mamquam East in the Sea to Sky Land and Resource Management Plan. The road is heavily overgrown and very difficult travel unless there's lots of snow.

A few ski parties have used the trail recently. Hiking parties report a difficult thrash to get to the subalpine ridge before Knothole Lake.

Logging in 2019 resulted in the approach road for Seed Peak being extended almost to the subalpine. The approach road system leaves valley bottom near KM 5 where E Main goes left off STH Main. Then branch roads E100, E110, E112 and E23 rise to 1400 meters. The trailhead is now near KM 10 or 11 off E23. More logging is planned for 2021 and then the road system is planned to be deactivated. It should still permit 4WD HC access.

Seed Peak trail is a beaten path with sporadic flagging that peters out beyond "November Peak", an annoying bump on the ridge NW of November Lake that causes elevation gain and loss coming and going. Once the trail breaks out into boulder fields the path is pretty much lost and you just travel overland by line of sight to the summit of Seed Peak. Mount Gillespie is reached by breaking SE off the trail.

Dunkeld Trail is a beaten path that is picked up at the top road S210. Park at the bottom of E Main. The road is blocked by a tank trap and a sinkhole although the major bridge over Mamquam River is in. Take the Dunkeld Trail to "Dunkeld Peak" and Meslilloet Mountain. The latter is probably a two or three day trip. There is lots of up and down to reach Meslilloet.

The approach road E100 is badly overgrown although there has been some recent logging so that the first 1.3 km was "scrubbed" meaning it's been very roughly brushed with a machine. Beyond that, "come prepared for battle" with the alder. Boise Trail is infrequently marked and reported as "vague".

Note: Road labels are from the provincial database of resource roads and the recreation road map from Macmillan Bloedel for Mamquam Valley. 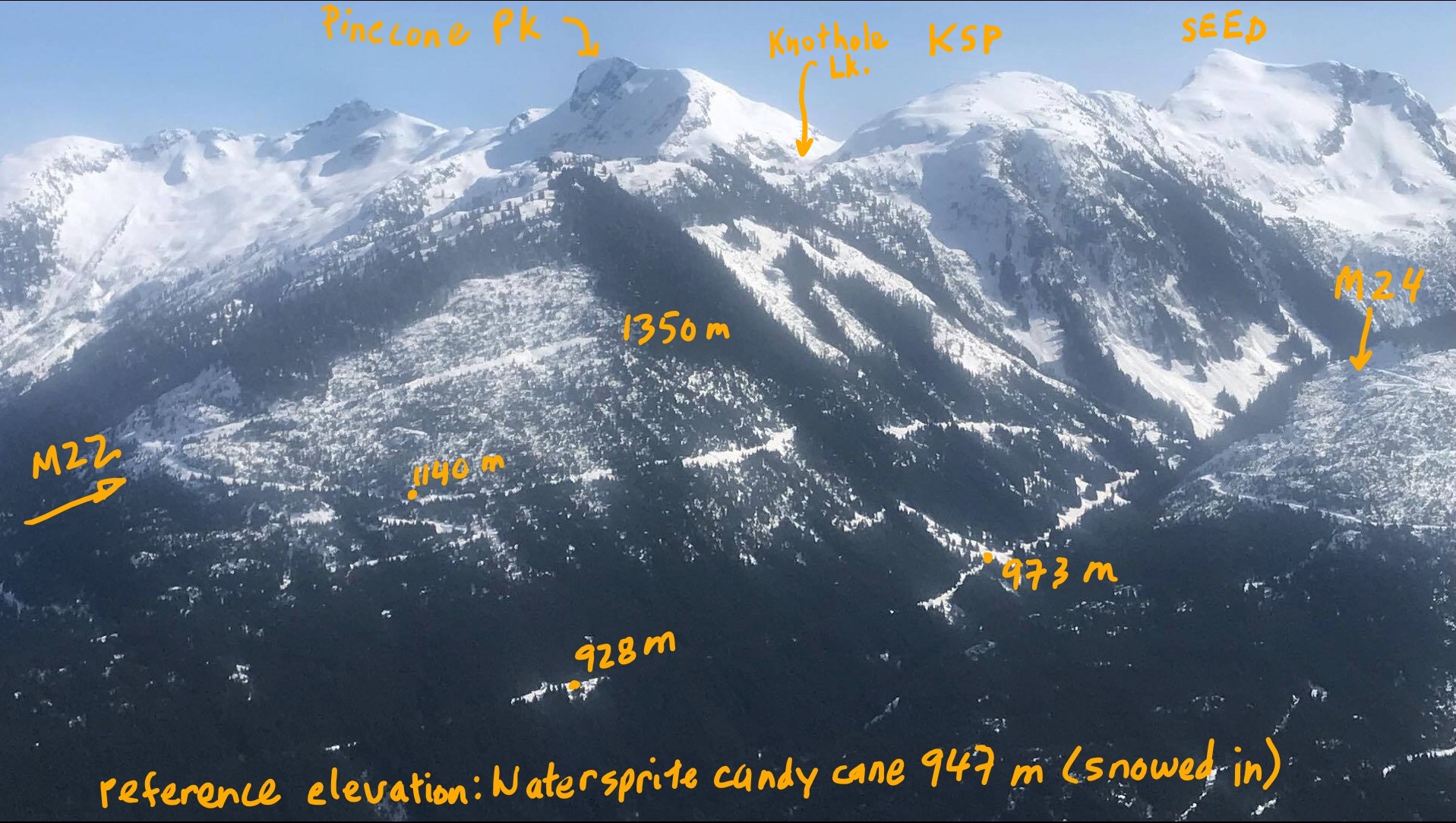